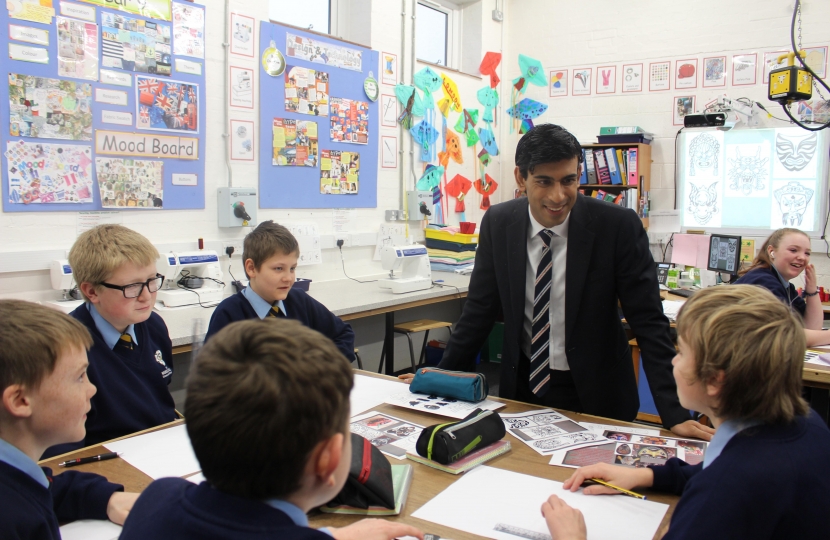 I WELCOME the Chancellor’s announcement that funding arrangements that discriminated against our schools are to be scrapped.

George Osborne’s decision to introduce a fairer funding formula rights a longstanding injustice that meant many rural schools received hundreds of pounds less per pupil than schools in urban areas.

This is really good news for schools in North Yorkshire and in other rural parts of the UK who for years received substantially less money than schools in rural areas.

The justification for that difference simply didn’t stand up to scrutiny and I welcome the Chancellor’s move on this.

The new funding formula will set a national rate that every school will receive for each pupil, with additional funding for those with extra needs.

Crucially, from 2017-18 onwards the resources schools and local authorities will receive will be based on pupil characteristics rather than historic political calculations. The Department for Education will consult on the detail of the announcement in early 2016.

The announcement about the funding formula in the Chancellor’s Autumn Statement on Wednesday (November 25) followed months of campaigning.

Earlier this month, I presented a petition signed by hundreds of constituents calling for fairer funding to No 10 Downing Street. I was accompanied by the head teacher and three pupils from schools at West Burton, Askrigg and Bainbridge.

The campaign and petition was formally launched in October at an education forum held at Scotch Corner by headteachers and governors from primary schools through the constituency. I also held events in Northallerton and Stokesley town centres, talking to constituents about the issue and gathering signatures.

From day one in Parliament, I’ve been trying to convince ministers of the need for change and I’m happy that six months later we can see real progress.

Sam Gyimah, the Parliamentary Under-Secretary of State for Childcare and Education, said: “Rishi has been relentless in highlighting the unfairness in the current funding system for his local students and pushing the case for reform. I am glad this announcement recognises those arguments and is a sign of strong progress.”

The existing formula was based upon historic criteria that discriminated against rural areas. Under the current arrangements schools in many urban areas receive about £400 per pupil more than North Yorkshire.

Although the Government had earlier this year agreed to adjust the funding arrangements so that North Yorkshire received an extra £10m per year, the issue had not been fully resolved. The Chancellor’s announcement, which is subject to consultation with schools, will do that.

I was also been part of the nationwide f40 cross-party campaign on the issue, working with other MPs to draw attention to the issue.