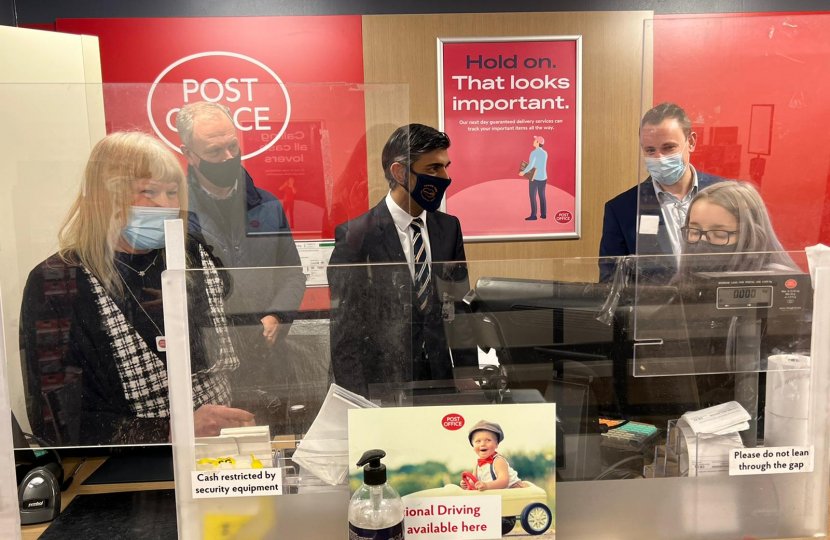 He contacted the Post Office and WH Smith, where the branch is located, to urge them to act to solve the staffing difficulties which led to a number of unplanned closures before Christmas.

The chief executives of both organisation met Rishi at the branch to spell out what they were doing to solve the problem.

Rishi will continue to monitor the opening hours of the branch - which were extended when it moved from its old premises in the High Street.