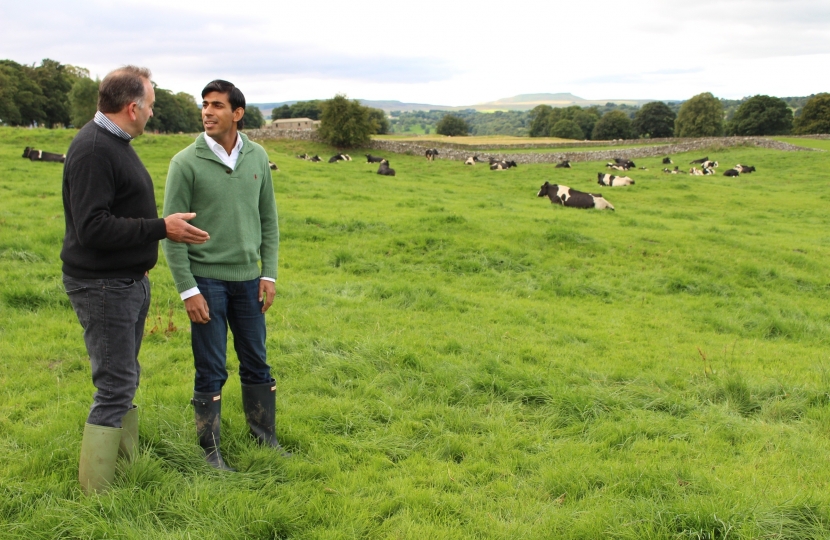 DAIRY farmers are really struggling with low milk prices - in some cases they are receiving less than it costs to produce the milk. Clearly, that's not sustainable

Sitting on the Environment, Food and Rural Affairs Select Committee has given me the ideal opportunity to investigate this issue - and come up with a plan

My ten-point plan is a series of practical measures which would help industry and government can work together to secure UK dairying’s future:

Ensure every major retailer follows the lead of some supermarkets in paying a fair price for British dairy produce.

2. An end to milk being used as a ‘loss leader’

Many supermarkets now charge only £1 for four pints. While supermarkets often absorb this loss themselves, this kind of pricing has the effect of forcing down prices in the entire market as smaller retailers struggle to compete.

Many consumers are unaware that a number of the major cheddar brands on the shelves are produced in Europe. We need clear packaging that empowers consumers to buy British.

Two thirds of our cheese and 30 per cent of our butter is imported. We need to invest more in processing technology to make sure we are adding value to British milk by turning more of it into British butter, yogurt and cheese.

We know how much a farmer gets paid for a pint of milk, and we know how much we pay for it in the shops. What we don’t know is how big the margins are in-between. We need to work towards the kind of transparency that allows us to follow milk from farmer to shelf. This then has to be enforced by a tough Grocery Code Adjudicator.

Groups of farmers banding together to negotiate a better sale price for milk and a lower purchase price for feed and machinery are commonplace across Europe. In the UK we currently have only one such producer organisation. We need more.

National government is working hard to purchase British dairy products, but we must push local government, hospitals, schools, and military establishments to do the same.

Futures are a way for farmers to agree a pre-arranged price for milk they will produce in the future. The price stability this can give has the potential to be invaluable to the volatile dairy industry.

9. Review of levy board spending

Every dairy farmer in the UK currently pays a percentage of their income to a government-run levy board (AHDB Dairy). Many farmers feel that more of that money needs to be spent promoting the benefits of milk and encouraging consumers to choose British.

The EU has announced a €500m crisis fund to support vulnerable dairy farmers and we must get our fair share. Also, it is important that regular CAP payments made to farmers should be made as quickly as possible to ease cash flow. Lastly, HMRC and banks must be flexible in how they treat farmers.

Recently, I spoke to an 80-year-old farmer who told me that in a lifetime of dairy farming he had never seen times so bad. With farm gate milk prices falling 30 per cent in a year – in many cases below the cost of production – it’s far from an exaggeration.

We can’t kid ourselves that there is a magic wand that can solve the global problems with the dairy market. But after speaking to local farmers, government ministers and industry experts I believe there is more that both the Government and the industry can be doing to help.

This plan represents the ten key steps that can, and must, be taken if we are to protect this valuable part of our rural community.

Without its dairy farmers, Yorkshire’s magical landscape would soon see its lush fields turn to scrub and its dry-stone-walls go unrepaired. Meanwhile, with Britain already only 60 per cent self-sufficient in food, our country’s ability to feed itself in a time of crisis would be diminished. It is crucial that we work together to get through the current crisis.