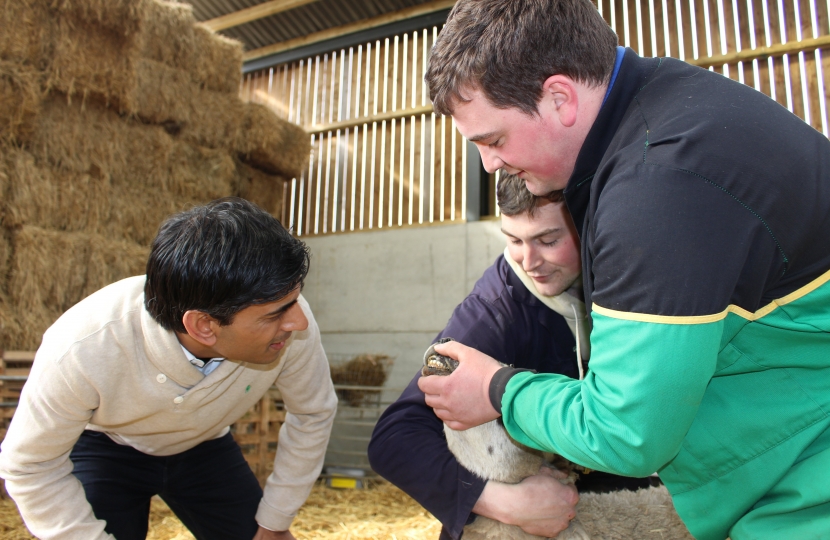 I have launched a campaign to change the rules about the way lambs are handled after being sold for slaughter.

I am fighting for a change in the regulations about when a lamb carcass has to be split and the spinal column and other matter removed in the slaughter process.

The current regulations were introduced by the EU from 2000 in the wake of the BSE (also known as mad cow disease) crisis affecting cattle 25 years ago. The decision was triggered by fears that BSE could spread to sheep.

Sheep can be affected by a disease similar to BSE called scrapie but there is no evidence that scrapie is a risk to human health. There has never been a recorded example of any sheep contracting BSE on a farm.

As things stand, EU regulations state that lambs going to slaughter have to be individually checked. If the lamb is either a year old or has a permanent incisor erupted through the gum, the carcass has to be split and the spinal column removed.

The current system costs the industry £23m a year because the additional costs of checking lead to a devaluation of the average carcass by as much as 40 per cent.

Rather than the “mouthing” system, sheep sector leaders want to use the end of May following the year of birth as the cut-off point, with lambs slaughtered after that date split for their spinal cord to be removed.

Despite there being no evidence of BSE crossing species from cattle to sheep in field conditions, nor evidence that scrapie poses any risk to human health, sheep farmers in my constituency are being burdened with damaging red tape.

While bio-security needs to be taken seriously, the regulations are ripe for simplification.

I have raised the matter in the House of Commons with the Agriculture Minister Liz Truss, urging her to simplify the “cumbersome regulations” and have also spoken to the Farming Minister George Eustice about the issue.

There would be export benefits in a rule change. The French market, which takes about 50 per cent of British sheepmeat exports, wants more unsplit carcasses. Moving to a calendar system would boost the rural economy by making lamb production in the UK more predictable and more competitive.”

EU rules have been implemented in too stringent a way in the UK. I also support the National Sheep Association which wants slaughter houses to have the freedom to remove the spinal column by methods other than splitting the carcass. In France, for instance, abattoirs are allowed to remove the spinal column, spleen, tonsils, brain and eyes by suction rather than splitting the carcass.

My campaign has been welcomed by the chief executive of the National Sheep Association Phil Stocker.

He said: “Rishi has taken the time to visit sheep farms to find out about how these unnecessarily complex regulations affect farmers and cost the industry millions of pounds a year.

“The association is delighted that he is fighting our corner in Westminster.”