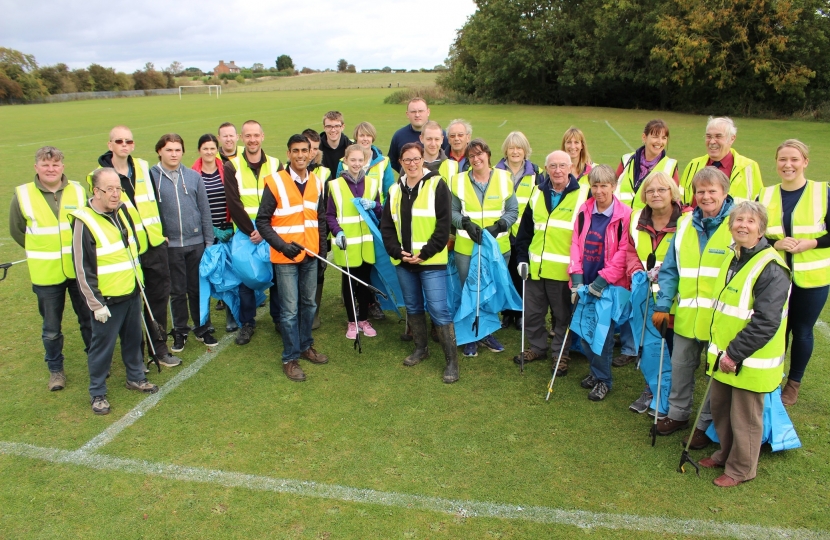 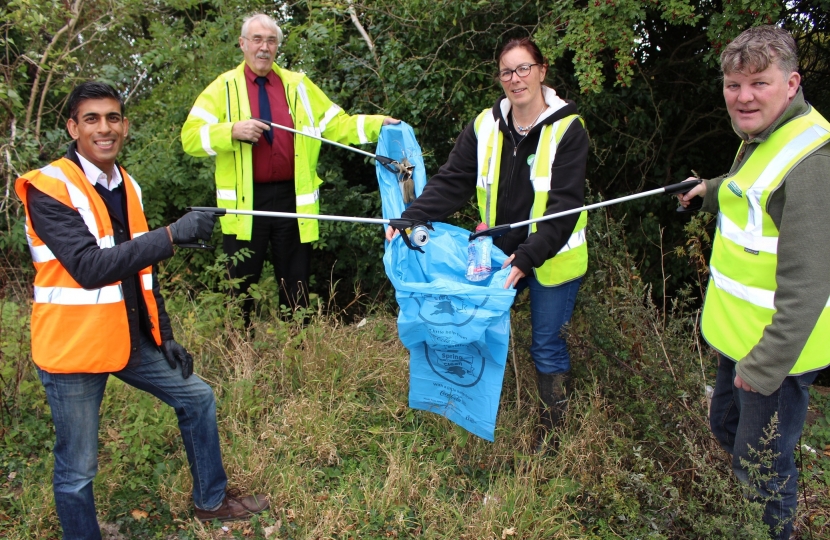 More than 30 community volunteers supported by their MP Rishi Sunak collected more than 25 bags of rubbish in a litter-picking blitz of Brompton, near Northallerton.

The volunteers came together under the umbrella of the Wombles of Hambleton, a community group established earlier this year by Claire Hampson, who was dismayed by the amount of litter in the country lanes near her home village of Danby Wiske.

Linking up with other groups like the Hambleton Strollers, Mrs Hampson has established monthly litter picks in the Northallerton area.

Mrs Hampson said the group as gradually attracting more supporters who were keen to make a difference in their community.

She said: "Too often I am told that picking up litter ‘is someone else's job' or 'That's why I pay my taxes' but unless everybody realises the effect that this is having in their local area, and that they need to help right now, the problem is only going to get much worse."

The Wombles are being supported by Hambleton District Council and the Northallerton & District Community Action Volunteers.

The Brompton litter pick was also supported by Tesco and the Mayor of Northallerton, Cllr John Forrest.

Richmond MP Rishi Sunak lent his support at the start of the litter pick. He said: “We are all aware of litter but until you start picking it up you don’t realise just how much there really is!

“What Claire and her supporters have achieved in such a short period of time is phenomenal and making a real difference to the local community. I applaud her initiative and the work of the group.”

This summer, Mrs Hampson’s initiative was recognised by the Keep Britain Tidy group which made her one of its #LitterHeroes campaign ambassadors.

Details of the group’s activities can be found on the Wombles of Hambleton facebook page.