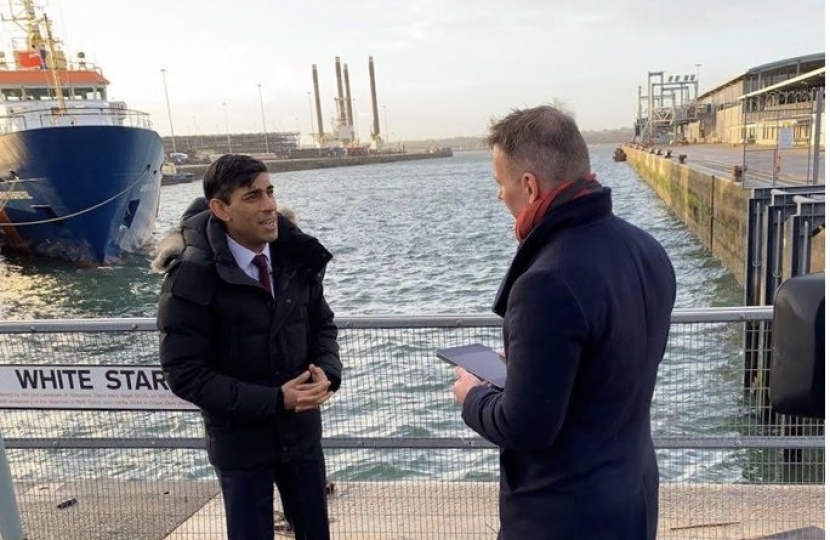 There were some anxious moments last Sunday as Storm Ciara swept across the country.

As I kept in touch with what was happening via our emergency services I couldn’t help but think: were we set for a repeat of the flash-flooding which hit the Dales last summer?

Thankfully it wasn’t as bad as that but the disruption was considerable, with some properties flooded.  The fire and police services sprang into action and we are enormously grateful for all they did.

My heart went out to Andrew Atkins, whose devastated Bridge Inn pub in Grinton I visited in the aftermath of last July’s flood, whose premises were yet hit again.

But amazingly he was able to open up, serving drinks and food, by Tuesday. That’s true Dales grit and resilience!

It’s at times like these that community heroes really come to the fore, going the extra mile to help.

Like county council carers Sue Howells and Flavia Nyambira who, because of the widespread road closures, had to do a two-hour 80-mile round trip through the eye of the storm to reach a woman needing intensive support who lived out on a farm in East Witton.

Congratulations and thanks to all those who worked so hard to lessen the impact of the storm.

Last Friday, after a two-part Northallerton surgery, I had the honour of unveiling a memorial to another community stalwart.

June Darrah MBE, who died last year and who for a long time lived near my home in Kirby Sigston, was a quite amazing community volunteer in Northallerton.

I unveiled the bench, birdbath and planting at The Skill Mill at Northdale Horticulture, a mental health project June was closely associated with.  As well as the Skill Mill, the list of causes and organisations in the town she volunteered with and supported was quite extraordinary

As Simon Cross of Northdale said, it was hard to think of a local cause June hadn’t given her heart and soul to. She set an inspiring and humbling example to me and many others, and I considered it a great privilege to have played a small part in helping to preserve her memory.

On Monday I headed down to Southampton to launch a consultation on the Government’s plans to establish freeports around the UK.

A freeport is a simple concept - it has different customs rules to the rest of the country. And now we have left the EU, we have the freedom to design tariff flexibility, customs rules and tax measures in order to create national hubs for global trade and investment. This will unleash the potential in our proud, historic ports regenerating and levelling up communities across the UK.

The idea is very dear to me. In 2016 I wrote a major report on the potential of freeports to boost the economies of those parts of the UK which would most benefit.

Having seen freeports operate successfully around the world in my business career before entering politics I know their creation will be a catalyst to transform the commercial fortunes of regions of the UK that have lagged behind London and the South-East.

And I am pleased to say the idea has been taken by the Government which wants to see up to ten such freeports in the UK regions. Near to us, the Mayor of Tees Valley has championed  Teesport with the massive former SSI steelworks alongside it, as a prime candidate for freeport status.