D&S column: back to work and delivering for the North 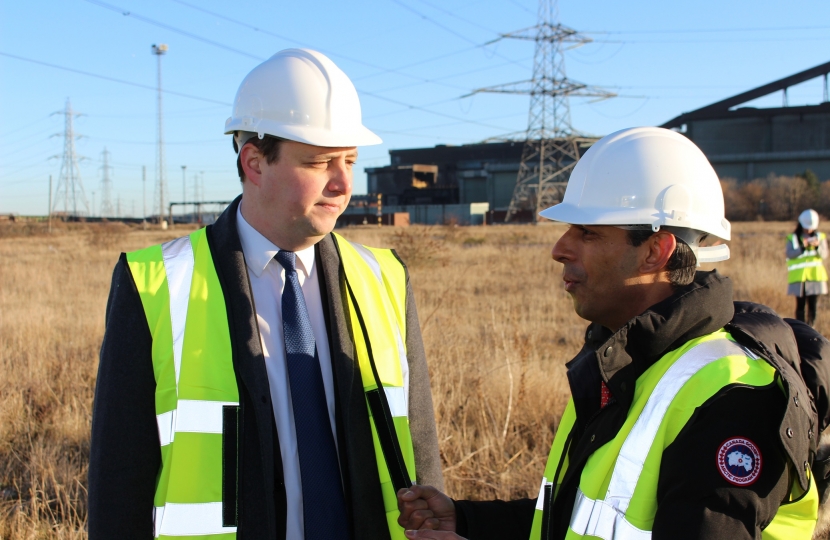 I hope you all had a great Christmas with your family and friends (mine was as ever filled with many delicious goodies from Lewis and Cooper) and are looking forward to what 2020 will bring. It promises to be an exciting time.

For me the new year kicked off in a vast logistics centre beside the river Tees in Middlesbrough for the launch of Ben Houchen’s campaign to be re-elected as Mayor of the Tees Valley.

It was a return visit for me. Five years ago, just before I was first elected as your MP, I’d had the privilege of opening the cavernous steel store for A V Dawson, a family-run, highly innovative and successful business whose managing director Gary Dawson is now a constituent of mine.

Thousands of you - my constituents - like Gary, work on Teesside, or if you include Darlington the wider Tees valley, which makes the economic health of the area vital for our part of North Yorkshire, and something in which I retain a close interest.

So I was delighted to support Ben’s bid to continue his excellent work of the last three years – both as a neighbouring MP and as Chief Secretary to the Treasury. Ben’s exciting plans for the Tees Valley - building on his success in taking back control of our local Teesside International Airport – deserve support and I am really looking forward to continuing to work with him, should he be re-elected in May.

Among those plans are the bid for Teesport and the surrounding land, including the former steelworks site, to become a Free Port – an enterprise zone with special status allowing manufacturers to import and export goods without customs or tariff charges.

Back in 2016 I wrote a report – The Free Ports Opportunity – which said creating free ports in the North of England could be key to re-balancing the North-South divide and boost manufacturing in areas with some of the UK’s greatest economic problems.

It’s an idea which I am pleased to say has been taken up enthusiastically by the Government, which is committed to creating ten such zones around the UK. Ben is rightly lobbying hard for Teesport and unsurprisingly considers it to be an ideal location! The benefits of a thriving free port there would be felt far beyond the boundaries of the Tees Valley.

In my brief remarks at Monday’s launch a key point I made was that the Government’s commitment to level up the regional economies of the UK – like the Tees Valley – was not just focussed on cities. The North doesn’t end at Manchester or even Leeds. Our attention will be just as focussed on towns like Middlesbrough, Stockton and Darlington as well as the rural communities I represent directly here.

I am now working with the Chancellor on the Budget – set to be unveiled on March 11. A priority for both of us is delivering on the Prime Minister’s pledge to level up opportunity, investment and growth across the UK.

Finally congratulations to Northallerton’s Tom Riordan on his CBE in the New Year Honours. Tom is chief executive of Leeds City Council and I enjoyed meeting him during my time as Local Government Minister. It is well-deserved recognition of his long and distinguished service.