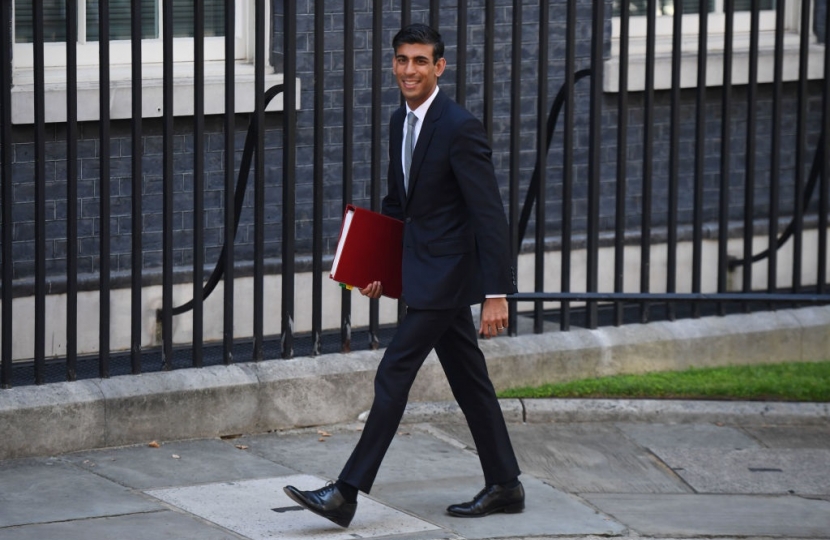 There are not many jobs where you can be ‘interviewed’ for the post at ten o’clock in the evening and then start work immediately afterwards.

That’s what happened to me last month at the end of a momentous day in Westminster which saw a new Prime Minister take office.

After the call from No 10 and what seemed like a very long walk up Downing Street past the assembled ranks of the media, I found myself in the famous Cabinet Room with Boris Johnson who asked me to be Chief Secretary to the Treasury. I said I was honoured to accept and to serve the country at this defining moment in the nation’s history.

Moments later, I was heading down to Horse Guards Parade to Her Majesty’s Treasury to meet my new team and to start work - at 11 o’clock. Already my ministerial folder was bulging with matters which had to be dealt with – there and then.

First thing the following morning, after a few hours’ sleep and the early morning media round touring the radio and TV studios, I attended my first Cabinet meeting with the Prime Minister and my new ministerial colleagues who include neighbouring Yorkshire MP Julian Smith.

As I was shown into my new office, the first thing that caught my eye was the wall of photographs of previous holders of this senior post. Illustrious figures such as Sir John Major and one of my predecessors as MP for Richmond, the late Lord Brittan of Spennithorne. Big boots to fill!

The list of responsibilities in my new role as Number Two to the Chancellor is extensive. It covers almost every aspect of the Government’s spending from strategic planning, spending reviews, value for money and big infrastructure projects – like the new Manchester-Leeds rail link the Prime Minister announced in the same week he took office.

I was in Manchester that weekend for the big announcement and it was so encouraging to hear the commitment to deliver a very tangible boost to the Northern Powerhouse project – and soon. The Prime Minister said a deal would be done to get the work on the new railway underway in the autumn.

While the commitment to fund the new link drew much of the attention, the Prime Minister underlined his intention to put some pace into the whole Northern Powerhouse Rail project which includes the route north to Newcastle through our part of the region.

He talked about making Northern Powerhouse Rail his Crossrail for the North – a reference to a transformative new rail line he was responsible for making happen when he was Mayor of London.

It is something I was particularly pleased to hear. It has always been a great concept but as the PM put it, the idea needed some substance to get it rolling so we can unlock jobs and boost growth, and help the North perform economically as well as London and South East

The Prime Minister’s speech also contained a commitment to a £3.6bn Towns Fund which will target the smaller communities in post-industrial and coastal communities, helping them to improve their transport systems and broadband connectivity.

It’s been a whirlwind few weeks in my new job and also a very busy time at home in the constituency making sure the victims of the flooding in the Dales deluge got the £5m support they needed.