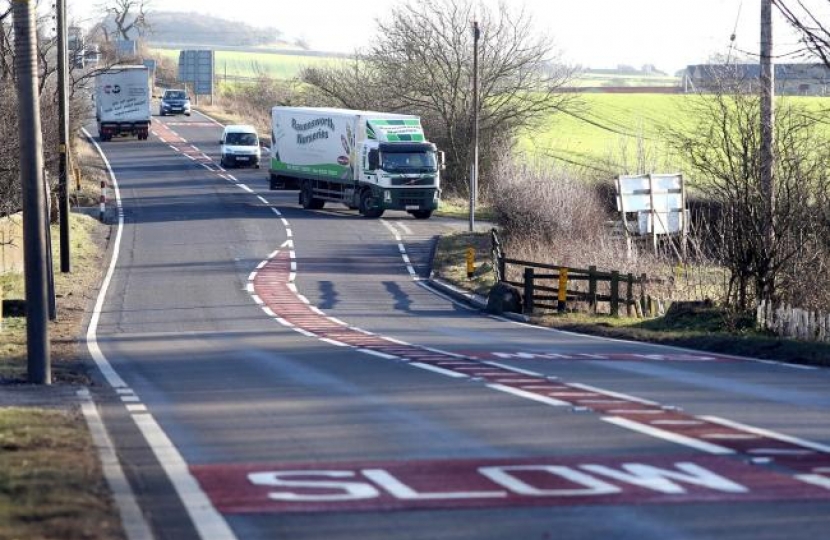 In announcing the preferred route for the upgrading of the remaining single carriageway sections of the A66, the Department of Transport has brought forward plans that will make route safer and less prone to delays.

This road, which passes through the northernmost part of my constituency, is a key national and regional strategic link for east/west journeys. It is a vital connection for freight and businesses based in the region, for tourism, and also an important access route for the villages either side of it.

An upgraded A66 is essential to the continued development of the economy in the north of the country which the Government remains 100 per cent committed to despite the current national emergency.

The plan, details of which were published last weekend, will lead to the investment of around £1bn to dual the A66 along its entire length, making this one of the largest and most important highways investments in the north of England.

It will significantly improve journeys, safety and connectivity which is great news for the local, regional and national economy.

The safety aspects of the improvements are particularly important for local residents in communities like Ravensworth, Gayles, Dalton, Newsham and the Laytons for whom it is their primary access route to employment and shopping.

The dangerous New Lane junction has been a particular concern. The combination of high levels of freight traffic (25 per cent of the total traffic on the road compared to the national average figure of 12 per cent) and the undulating nature of the road at this point have led to some very bad accidents, sadly fatal in some instances.

Because it will be a few years before the new dual carriageway section is built - which will solve the problem once and for all - it has been important to make the current junction as safe as possible.

I’ve been pleased to work with Ravensworth Parish Council and the A66 Campaign group on improvements ever since I was first contacted about the safety issue there back in 2016.

Together we have succeeded in persuading Highways England to improve signage, visibility and, most importantly, a permanent reduction in the speed limit to 50 mph on the whole four-mile stretch of single carriageway.

Most recently, thanks to the continuing efforts of the action group and Ravensworth Parish Council, the main trunk road has been resurfaced, the road markings renewed with road studs to improve night-time visibility and hedgerows removed and replaced with field-level fences.

The local safety campaigners have told me these improvements have been very much welcomed by the local communities.

I will continue to support their efforts pending completion of the works to build the new dual carriageway.

I was pleased to pay tribute to the volunteer groups in North Yorkshire who have provided help to the vulnerable and isolated during the Covid 19 pandemic.