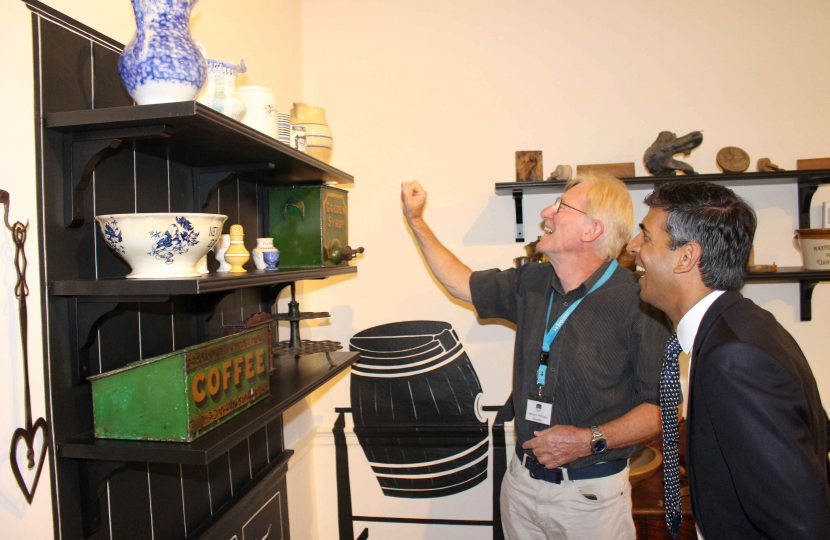 It’s been a spot where I have loved taking my family in the past to enjoy the spectacular setting of the hall and its gardens but it had been a while since I’d been inside the hall.

I wanted to congratulate the staff and the volunteers on their recent triple award successes. In the recent Museums and Heritage Awards, the hall went up against major national attractions like Stonehenge and the Imperial War Museum to be joint winner of the Marketing Campaign of the Year and was also highly commended in the café/tea room category.

I can personally vouch for the high standard of the tea room, having enjoyed an excellent Coronation chicken sandwich there last Friday.

Many of you may recall it also clinched the Readers’ Choice award in last month’s Flavours of Herriot Country – the readers of course being those of this newspaper which sponsored the category and who took part in the public vote.

The marketing campaign award was particularly well justified. Last year, despite the pandemic, Kiplin had record visitor numbers – 65 per cent more than its previous best – and the vast majority of those were local people who had responded positively to the campaign. It was a great result for an attraction almost entirely dependent on its ticket income.

While I was at Kiplin, I had the chance to see a new exhibition called Silent Footsteps – a room with a table and nine place settings for the domestic staff who worked at the hall in times past. It’s a fascinating insight into the personal lives who some of the staff who worked ‘below stairs’.

One of the hall’s 160 volunteers, Malcolm Wilkinson together with his wife Ann, talked me through some of the exhibits – the pots, pans, laundry items and other equipment – the staff used in their daily work looking after the grand families who lived in the hall. For those of you who like me loved the stories told about life above and below stairs in the Downton Abbey TV series and films, it is a must-see.

Of course, Kiplin is just one of the gems on our doorsteps which deserve a visit or a re-visit if you haven’t been in a while.

Mount Grace Priory, near Osmotherley, is another attraction where I have recently seen major improvements in what it offers to visitors, particularly the gardens, new café and the safer access from the A19.

At Richmond Castle, I can recommend the new interactive exhibitions telling the stories of the people stationed – or imprisoned – there over the centuries, including the World War One conscientious objectors and the cockpit garden where I had the honour of planting a tree to mark the Queen’s Platinum Jubilee.

There are many others – Middleham Castle, Bolton Castle, the Captain Cook Schoolroom Museum at Great Ayton come to mind – which I suggest would be great places to see, perhaps for the first time, this summer.

A series of new telecommunications masts will be activated over the next 18 months which will bring 4G coverage to some of the most isolated areas.