D&S column: a day of pomp and tradition 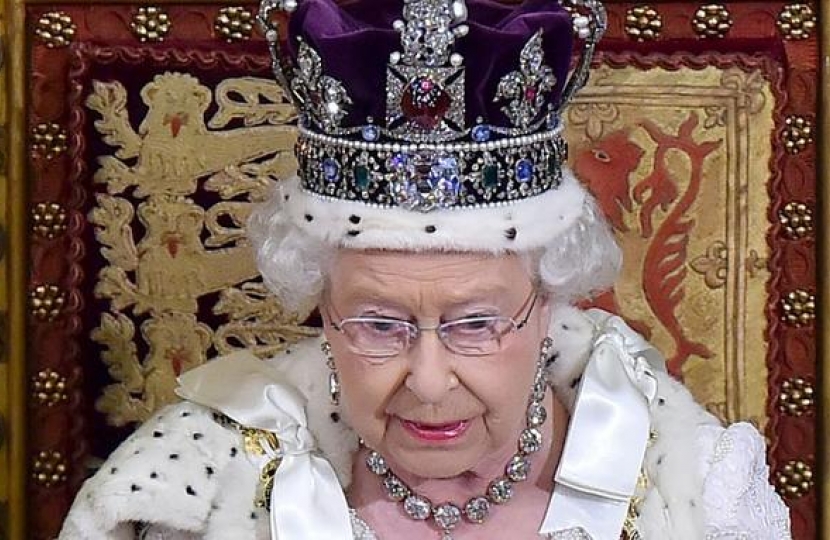 THERE’S a lot been going on in Westminster this week – and I’m not just talking about the climate change protests and the ongoing Brexit preparations and negotiations.

Parliament has been prorogued (I think we all know what that means now!) since Tuesday while preparations are made in the Palace of Westminster for the State Opening.

It is one of the great set-piece ceremonial events of the Parliamentary calendar and full of pomp, tradition and symbolism – some of which harks back to a time when relations between the Monarch and Parliament were strained.

Monday’s ceremony will begin the Queen's procession from Buckingham Palace to Westminster, escorted by the Household Cavalry.

The Queen will arrive at Sovereign's Entrance and proceed to the Robing Room. Wearing the Imperial State Crown and the Robe of State, she will then lead the Royal Procession through the Royal Gallery, packed with 600 guests, to the chamber of the House of Lords.

The House of Lords official known as Black Rod is sent to summon the Commons. The doors to the Commons chamber are shut in his or her face: a practice dating back to the English Civil War, symbolising the Commons' independence from the monarchy.

Black Rod strikes the door three times before it is opened. Members of the House of Commons then follow Black Rod and the Commons Speaker to the Lords chamber, standing at the opposite end to the Throne, known as the Bar of the House, to listen to the speech.

The speech read by the Queen in the House of Lords Chamber, outlines the Government's programme of legislation and policies for the next session - the speech is written by the Government and not by Her Majesty.

Written on vellum, it will outline the Government’s plans for investment in public services I briefly touched on in last week’s column - and much more.

Throughout the time when the Queen is in the Palace of Westminster an MP is kept “hostage” as a surety for the safe return of the monarch. The “prisoner” MP is kept under guard by the Lord Chamberlain of the Queen’s Household – our very own Earl Peel – and “released” at the end of the ceremony and the Queen’s return to Buckingham Palace. This tradition dates from the time of Charles I.

As you can imagine there’s an awful lot of cleaning and polishing going on right now. Preparations also include a search of the cellars underneath the Palace by the Yeoman of the Guard in order to prevent a modern-day Gunpowder Plot. Since 1605, the cellars have been searched, now largely, but not only, for ceremonial purposes. The Yeoman of the Guard are paid for their services with a small glass of port wine.

One of my favourite events of the year in the constituency gets underway today.

Three years ago I had the honour of opening the Stokesley Food Festival and this year it is held over three days in and around the town hall and on the Plain.

There’s a great line-up of events and street stalls, including a Theatre of Food in the town hall on Saturday, which will feature chefs and cooks from around the world – Peru, Russia, India, Canton - preparing a range of mouth-watering dishes.

They include Jack Baldwin from the Bruce Arms at West Tanfield who was last year’s Young Professional Chef of the Year in the annual Flavours of Herriot Country Awards.

Also demonstrating her skills in the town hall tomorrow will be Jill Weatherburn from Quorn Foods, the event sponsors and of course one of our local business success stories.

Rishi Sunak has decribed his meeting with a Richmond cancer survivor as inspirational.