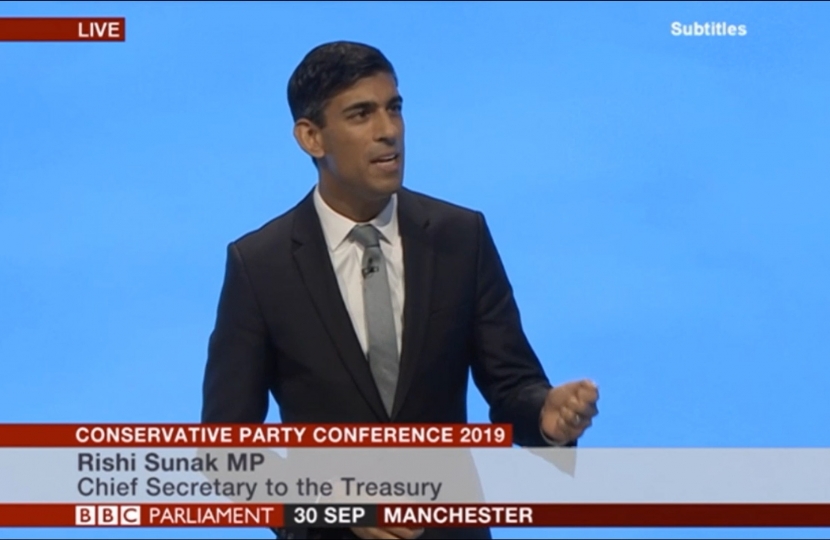 I MADE my debut as a speaker on the main stage of my party’s conference this week to talk about our public services.

Along with my ministerial colleagues, the Health Secretary Matt Hancock and Work and Pensions Secretary Therese Coffey, we talked about the importance of delivering real, measurable improvements in the frontline services we all use and value.

In my role as Chief Secretary to the Treasury I have a key responsibility to ensure effective delivery for the taxpayers’ money – efficiency and value for money in public service is how it’s described in my job description.

That’s more important than ever as the Government embarks on an ambitious programme of investment in the NHS, the police, our Armed Forces and our schools amounting to £13.8bn next year.

But a point I made to the audience in Manchester on Monday was that this investment in our public services should never be calculated solely in pounds. The measure that really matters is the impact on people’s lives.

As an example of effective public spending and policy, I spoke about the phonics revolution in our schools. Reform of the way we teach reading and writing in primary schools has improved standards and benefited disadvantaged children the most.

This principle was uppermost in my mind and my Treasury colleagues, who include neighbouring Middlesbrough South and East Cleveland MP Simon Clarke, as we set about the recent Spending Round.

This set out the budgets for every Government department next year and what has been agreed is the fastest planned increase in day-to-day departmental spending for 15 years.

This spending covers things like schools and hospitals’ running costs, and public sector pay. It will now grow by 4.1 per cent above inflation in 2020-21 compared to the previous year. That is a significant real-terms increase. For the first time since 2002, no government department will see a cut to its day-to-day budget.

While this was an announcement relating to next year’s spending, a multi-year settlement will follow in 2020 which will reinforce the Government’s commitment to sustainably invest in our public services.

In my conference speech I also made the point that this welcome injection of resources has only been possible because of the hard work of the last nine years, to bring the deficit down so that we need to borrow much less to cover the Government’s day-to-day spending.

Back in 2010 we were borrowing £150bn a year – that’s the highest level in our peacetime history and 10 per cent of the UK’s wealth in terms of goods and services – just to pay the nation’s credit card bill. That’s money that should have been spent on the services the most vulnerable in our society need and not on interest payments

That is now down to just over one per cent and this dramatic reduction in borrowing has enabled us to fund the increases outlined in the Spending Round.

In Manchester I paid tribute to the work of previous chancellors and chief secretaries. Some difficult decisions had to be made but they are bearing fruit for the UK now.

This is a sustainable increase in public spending which does not undo the hard work of the last decade and will deliver the improvements in our public services we all desire.