D&S column: the good news about the Friarage keeps coming 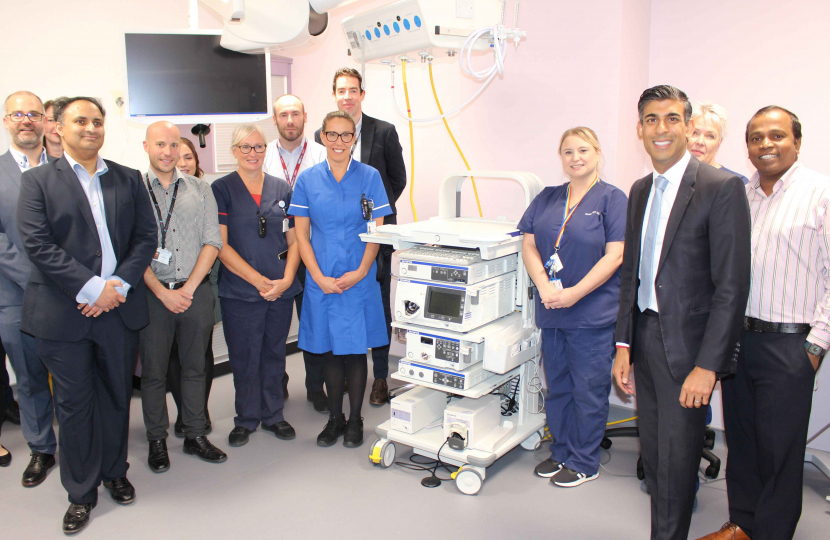 I make no apology for returning to the subject of the Friarage Hospital – I know it is your No 1 local priority and the good news about it keeps on coming.

Last Friday I made my second visit there in a month when I had the honour of opening the new £5m diagnostic unit.

It’s a great new service and follows hot on the heels of the announcement about the £35.5m investment in new operating theatres – a project I had been working on for the past two years with the hospital’s doctors and managers.

The new unit is bright, spacious and has the very latest kit to dramatically boost the number of patient procedures carried out – an important step in the battle to bring down backlogs caused by Covid-19.

The details of this fantastic investment is reported elsewhere in today’s D&S. What I want to talk about in this week’s column is about how far we have come in recent years.

What struck me most forcibly about last Friday was the enthusiasm of the staff. In my conversations with them it was clear their excitement was not just about the new unit but about what the recent developments meant to them and future of the hospital where some of them had worked for many years.

I could not help but think back to a meeting I organised with doctors and staff at the hospital more than five years ago. The mood then was distinctly sombre as the hospital was battling the senior doctor recruitment difficulties that had contributed to loss of some paediatric services and the changes to emergency care.

Staff told me then that the Friarage seemed to be in a spiral of decline, was unloved by the James Cook-based Trust that ran it, and that it was hardly surprising it was difficult to fill vacancies. Frankly, what I heard then was very depressing.

It was clear to me I had a job to do - with the South Tees Hospitals Trust, to make sure it realised the importance of its Northallerton site, and with the NHS nationally and Government, to help them understand that small rural hospitals had a role to play in an era of increased medical specialism and centralisation.

We have seen a marked change of attitude at South Tees where CEO Sue Page – appointed in 2019 after a career managing healthcare in rural areas like Cumbria and Northumberland – saw how a revived Friarage was key to taking the load off the under-pressure James Cook Hospital.

Another turning point that same year was Sir Simon Stevens accepting my invitation to visit the Friarage. Sir Simon was then the chief executive of NHS England and I spoke to him about how the Friarage was, in areas like urgent care, setting a blueprint for other small hospitals serving very rural areas like North Yorkshire.

Since then, with my support at regional and national levels of the NHS and Government, investment in the Friarage services has come thick and fast. A new eye unit, a new dialysis unit, the education centre for training doctors and nurses, the new surgical hub and then last Friday’s opening.

One point made to me last week that really lifted my spirits was a senior doctor saying that investments like the state-of-the-art diagnostics unit and the impending surgical hub – worth more than £40m in total – meant that doctors and other senior medical staff would want to work there.

Thinking back to that very downbeat meeting of staff at the hospital in 2017, the contrast could not have been greater. For the future of the Friarage, that’s just the sort of message we all want to hear.

Community healthcare is in my blood. I grew up in a NHS household – my dad was a GP and my mum a local chemist. I know how important good quality, sustainable, hospital and GP services are.