D&S column: the good news for our schools 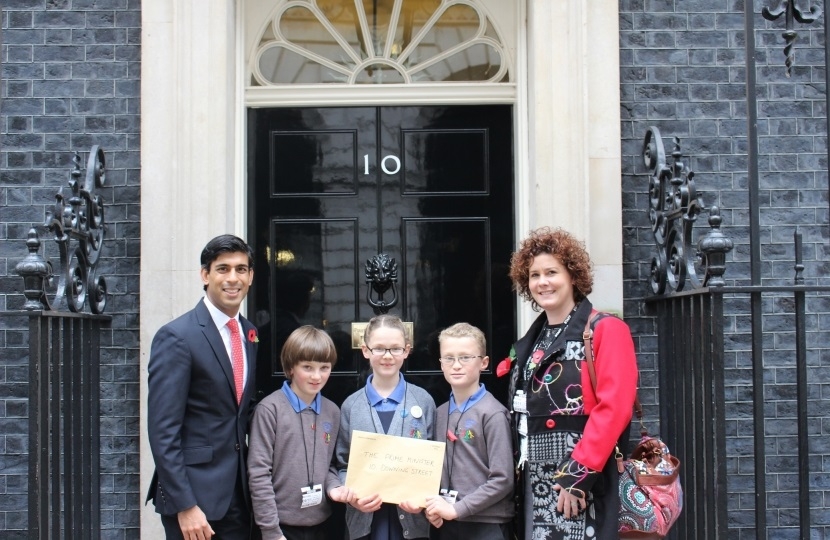 Four years ago, as a backbench MP, I stood on the steps of No 10 Downing Street with a group of primary school pupils and their headteacher.

The pupils from our three Dales schools of Askrigg, Bainbridge and West Burton, accompanied by their head Charlotte Harper, were with me to hand in a petition to the then Prime Minister David Cameron.

The petition, signed by thousands of parents, teachers and school governors, demanded an end to an unfair funding formula used to determine how much money individual schools received.

It was unfair because it was based on historical precedent and saw schools in rural areas like North Yorkshire receiving hundreds of pounds less per pupil than in urban areas like Bradford or London. There was no possible justification for such a wide funding gap which in some instances was more than £400 per pupil.

It was a campaign fought by many MPs representing rural areas and I am pleased to say that the Government did respond positively and the transition to a new national funding formula began in 2018.

With the significant additional money for schools announced in the Spending Round which the Chancellor and I conducted the last month, the new formula has the resources to really even out the unfairness in the old system while ensuring no school anywhere in the country loses out.

The £14bn investment in our schools over the next three years will ensure that some of the smaller schools in our local area will receive substantial increases in funding but not at the expense of schools elsewhere.

This week I obtained some illustrative figures from the Department for Education demonstrating how the new funding formula, together with the additional resources we have announced, will work in practice.

For all three of the schools whose pupils accompanied me to Westminster back in 2015, and many, many more, there should be significant increases next year, many seeing double digit increases in funding, under the national funding formula.

While per-pupil allocations are the most important factor in the funding formula they are not the only one.

Other factors which have a bearing on the final funding allocated include sparsity, the numbers of pupils with special needs, deprivation, mobility (large numbers of pupils leaving and joining through the year and very relevant in communities like Catterick) and split sites.

And our local education authority – North Yorkshire County Council – also has some say in the process of deciding individual allocations.

This settlement means every school in our local areas should receive an uplift in their funding. Some of those increases are substantial, addressing a longstanding issue about inequality of funding across the country and which particularly affected rural areas like North Yorkshire.

You can find all the data for every school in the constituency on my website.

I’d like to thank all the constituents who signed the fair funding petition back in 2015.

While we’re on the subject of more resources for our schools, it’s worth pausing to remember we’ve also had some very good news for Northallerton School in the shape of the £8.7m grant I helped secure to pay for what will be in effect a new secondary school for the area on the old Allertonshire sites.

I understand the work and the move from its present cramped site should be complete in two years’.