D&S column: a great future ahead for Northallerton School 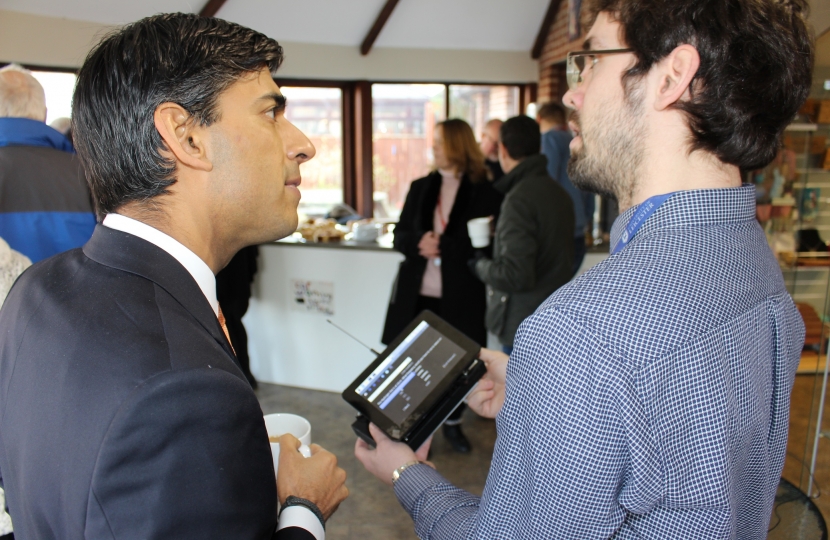 I always find it hugely gratifying to come across people from our area who are making a mark in their chosen career.

It demonstrates to me that there is no shortage of ambition, hard work and creativity among our young people.

An excellent example is Dr Jamie Williams, a former pupil of Northallerton School and Sixth Form College, who is doing great things in the world of Physics.

After graduating with Masters degree in theoretical Physics from Manchester University and completing his PhD at the University of Leicester, he is now working in that university’s Space Research Centre.

His current project is designed to encourage more young people to study the STEM subjects (science, technology, engineering and mathematics) – something which I have long said is vital for the future prosperity of our country.

Jamie was recently awarded a grant from the Institute of Physics to build a number of educational devices which look a bit like gaming consoles and will introduce young people to physics through radio waves.

The device, called a RadEOT (Radio Educational Outreach Tool), uses the information generated by radio waves to identify objects as varied as radio and aircraft transponders, weather satellites and even the Milky Way.

I admit I’m not a scientist by background but you could see how the data received by the devices could be used to carry out educational tasks linked to topics such as physics, mathematics, geography and computer science.

It was a privilege to meet Jamie and launch RadEOT at Northdale Horticulture in Northallerton. The Skill Mill, a mental health rehabilitation project based at Northdale, will have five of the devices for use by clients. They will also be made available to local charities, schools and youth organisations wishing to explore the skies above us.

Another 11 will be used at the National Space Academy in Leicester and more deployed in school settings to encourage the same passion for science that Jamie has demonstrated and has enabled him to develop such a successful career.

I am looking forward to meeting many more successful high-achieving graduates from Northallerton School and Sixth Form College in the future.

The School is entering a new era with it being managed by the academy trust which has made such a success of Richmond and Stokesley Schools. Plans have now been drawn up for the re-developed school on the old Allertonshire West and East sites in Brompton Road.

Last summer I was delighted to successfully make the case to the Secretary of State for Education and the Schools Minister for the £8.9m government grant which will largely fund the development.

I very much welcome this very significant investment in education in Northallerton which will transform opportunities for the town’s young people.

Having visited the current premises on the old Grammar School site, it was clear there was no room for growth.

The key point I made to Ministers about the necessity of the grant-funding was that the school needed a fresh start after a few very difficult years.

I have seen the plans for the new school and they look very good. The combination of new-build and the refurbishment and adaption of the existing buildings will almost triple the size of the school.

On the east site there will be two new two-storey classroom blocks, including one dedicated to science, and a single-storey dining extension. On the west site there will be extensions to form an enlarged sports hall, two design and technology rooms and an art room along with additional car parking space.

It all adds up to an exciting future for the County Town’s secondary school.