D&S column: help for the most vulnerable in Spring Statement 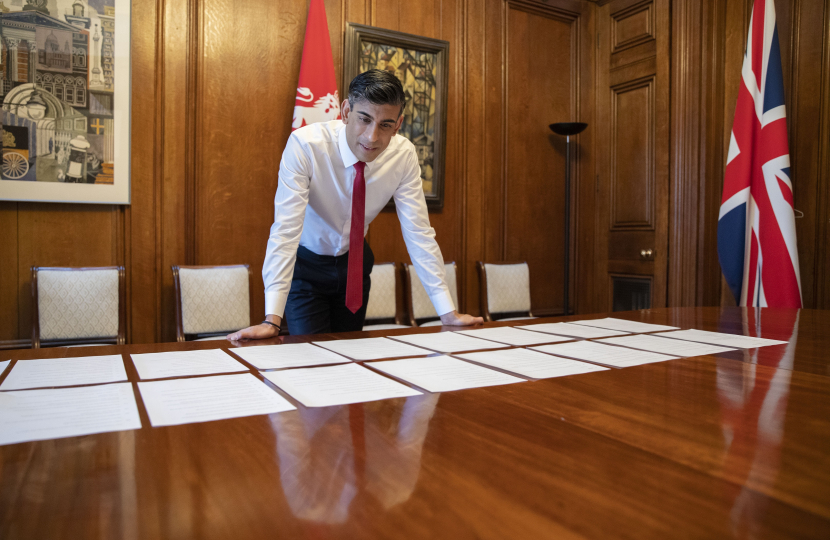 What’s the difference between a Spring Statement, which I delivered on Wednesday, and a Budget?

A Budget – the last one was in October – is a highly-detailed document in the famous red box which sets out the Government’s spending plans and how they are to be delivered through taxation. A Budget is the occasion for major announcements about spending and taxation.

A Spring Statement is an update on the economy, which outlines the progress made since the Budget and where adjustments can be made.

It is meant to be a light touch on the tiller – but where economic circumstances make it necessary significant measures can be introduced.

Certainly, the circumstances the country faces right now required the substantial actions I took this week. They cannot be described as a light touch.

The Russian invasion of Ukraine, our actions to support that embattled nation, and existing pressures on the cost of living caused by higher than expected global energy and goods prices have changed our circumstances greatly since last October.

The Government has already taken steps to protect households from the rising cost of living. What I announced on Wednesday provides the most vulnerable – and indeed the majority of people – in our society with significant extra help.

I know that the recent increases in petrol and diesel pump prices are felt particularly keenly in our area where private transport is essential for many people and long journeys cannot be easily avoided. The instant 5p cut in fuel duty will last a full year and represents a £5bn tax cut for motorists and businesses.

I am also doubling the amount of money our local councils have to support the most vulnerable households. The Household Support Fund which is used to make direct payments to those who need it most to cover food, clothes and utility bills will be increased from £500m to £1bn.

As energy costs rise we know that energy efficiency can make a big difference and that’s why I announced a zero VAT rate for all energy saving materials like solar panels, heat pumps and insulation.

For example, a family having a solar panel system installed will see tax savings worth £1,000 and savings on their energy bill of over £300 per year.

The changes I made to Employment Allowance – increasing it to £5,000 a year – will benefit many of our local small businesses to the tune of £1,000 a year in reduced National Insurance contributions. The change will take effect in just two weeks’ time.

And the majority of employees will benefit from the raising of the threshold where National Insurance becomes payable. By lifting that threshold it means that around 70 per cent of all workers will have their taxes cut by more than the amount they’ll pay through the new Health and Social Care Levy.

It was very important to press ahead with the levy. It means there is now a dedicated funding source for the country’s top priority which will provide support over the long-term, as demand grows. Every penny will go straight to health and care.

If it had been dropped then the dedicated funding would have been lost at a time when the NHS needed it most to tackle our waiting lists for treatment.

I remain committed to reducing tax bills despite the challenges presented by Covid and the war in Ukraine – hence the announcement of the 1p cut in income tax in 2024.

And we can do so while also reducing the nation’s underlying debt which has grown during the Covid-19 pandemic.

While there is great uncertainty at present – something confirmed by the independent Office for Budget Responsibility – I am confident we can deliver a stronger economy, more resilient public finances and also help families with the cost of living.