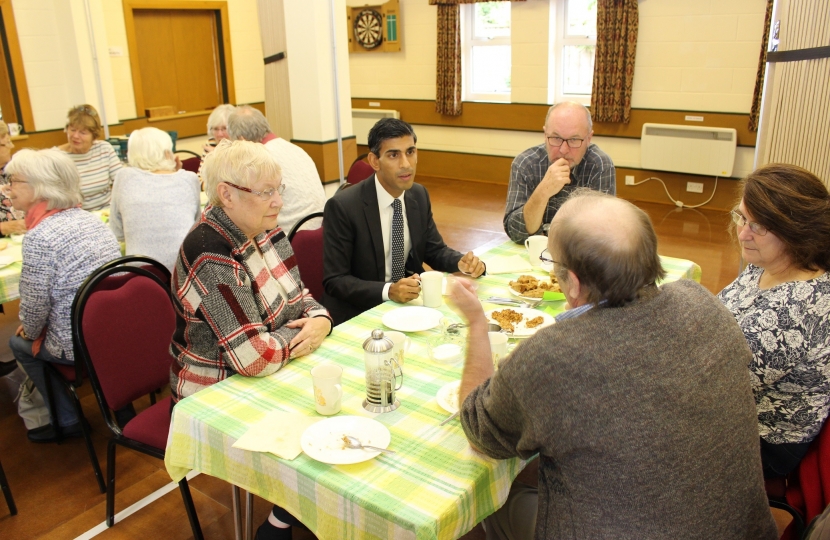 IT is the simplest of pleasures that most of us take for granted – a cup of tea or a pint of beer, a snack perhaps and a good old natter.

Catching up with local gossip, putting the world to rights – most of us do it and love it. It’s part of living a good life.

And yet, for too many people today it is harder to be part of that essential human discourse. Loneliness is not just sad for people affected, it is a real problem with tangible consequences.

Three quarters of GPs recently surveyed have said they are seeing between one and five people a day suffering with loneliness, which is linked to a range of damaging health impacts, like heart disease, strokes and Alzheimer’s disease. Amazingly, research also shows that loneliness is as damaging to our physical health as smoking or obesity.

It is estimated that about 200,000 older people have not had a conversation with a friend or relative in more than a month. But people of all ages are affected, from isolated mums to teenagers who find it hard to make friends.

Last month, the Prime Minister launched the first government strategy to tackle this issue. And I am one of nine ministers across Government departments tasked with making it work, along with £22m of new funding.

With my colleagues I’ll be looking for ways we can foster and encourage initiatives that are already taking place in our local communities and making a difference.

Like the monthly Welbury village coffee morning I attended a couple of weeks ago. Welbury is a tiny village north of Northallerton where resident Elizabeth Robson, the village hall committee and the local branch of the Women’s Institute saw a need for a regular event that brought people together.

Attended by about 20 folk, it was very convivial and those attending told me how much they appreciated the companionship – as well as the cakes and scones!

Similarly, the regular friendship lunches organised by the Provenance Inns group of pubs in North Yorkshire, which include the Black Bull at Moulton, near Richmond. These help to get people out of their homes to make connections that breakdown the isolation than can be so harmful to people’s wellbeing.

As the Prime Minister said when launching the strategy, it is not the Government’s job to make friends for us. But what Government can do is strengthen the foundations of society to make it easier to chat, to share, to make those connections.

This is no quick fix. It will take time to build into our communities these opportunities to improve social interaction for those living alone. But with the involvement of the charity, local government and business sectors I am confident we can make that happen.

In doing so, we will have in mind the pioneering work of our late Parliamentary colleague Jo Cox, who did so much to bring the nation’s attention to this issue before her death, and whose contribution was acknowledged by the Prime Minister.

It is of course Remembrance weekend, a particularly poignant one marking the end of the First World War. I’ll be present at Richmond and Aysgarth for commemorative events but it is has been truly impressive to see how almost every community in the constituency has made a special effort to mark the centenary. I can’t list all those communities but my thanks to everyone who has contributed to these splendid and moving displays.