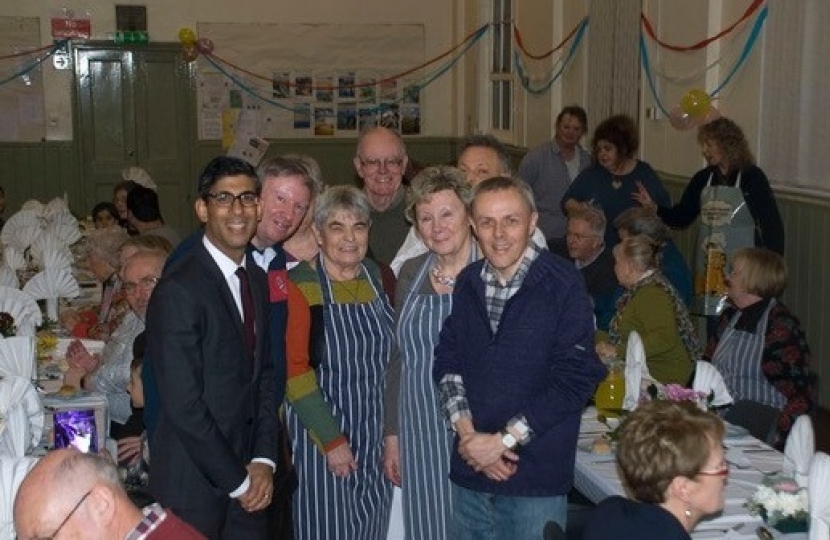 I am always impressed and immensely gratified by the generosity of spirit I find in our North Yorkshire communities.

So many people are prepared to do their bit for those less fortunate than themselves.

Like the volunteers who have helped the vulnerable Syrian refugee families who arrived in our area in 2018.

Last weekend I was pleased to help celebrate the first anniversary since five refugee families arrived in Northallerton from camps in Jordan and Lebanon after fleeing from their war-torn country.

The event at the Zion United Reformed Church in the High Street brought together the families and all those who have helped them settle for a feast of roast turkey.

That the feast was a traditional British one is representative of the approach taken with the families since their arrival. The emphasis is very much on helping them to integrate as quickly as possible.

The cost of resettling the Northallerton families – and the similar number making their home in Richmondshire – is being met by central government using the overseas aid budget, a very appropriate use of that money in my view.

The funding covers all the local authority costs – housing, a caseworker for the first year, English tuition – that’s £8,250 per adult and child and an additional £4,500 per child for education costs. It tapers off for adults as the families are expected to increasingly support themselves. Other costs are paid direct to the NHS and the Department for Work and Pensions.

It is right that central government covers these costs when the families’ needs are greatest.

Speaking to the families it was clear they have settled as well as could be expected thanks to the combined efforts of our local councils and a dedicated 11-strong group of volunteers.

They were very appreciative of the welcome and support they have received over the past 12 months. It was good to hear they were keen to grow with their new community and to give something back.

The children were especially chatty and my conversations proved that football remains the universal language!

When they first arrived here in the bitter cold of last January, the volunteers made sure they had plenty of warm clothing, helped equip their new homes beyond the basic facilities supplied, source toys for the children and then assisted with a series of practical tasks anyone would face arriving in a new country for the first time.

With the children settled in local primary schools – and by all accounts coping well – the emphasis in the first year has been to help the adult family members learn English. Decent English is key to them finding employment.

All of them receive eight hours of formal English teaching a week and that has been supplemented by informal English at home tuition with the volunteers making a major contribution.

A number of the adults’ language skills have developed to the stage where they have managed to secure work as volunteers. The support team is confident some will be in paid employment quite soon.

The volunteers – representing the five major denominational church groups in the town - have provided a wide range of extra help to smooth the families’ transition to life in North Yorkshire.

From helping with doctors and hospital appointments, finding volunteer work placements and organising trips to other parts of the county to show them what is beyond Northallerton, they have made an important contribution in helping the families feel at home.

I was mightily impressed by their care and dedication, led by Sue Bush. They are doing a tremendous job in supplementing what central and local government has done - as are the group in Richmondshire helping with the settlement of families there.

We should all feel proud of providing a refuge for people who have suffered through no fault of their own and in helping them create new lives for themselves.