D&S column: inspired by a green day in Richmond 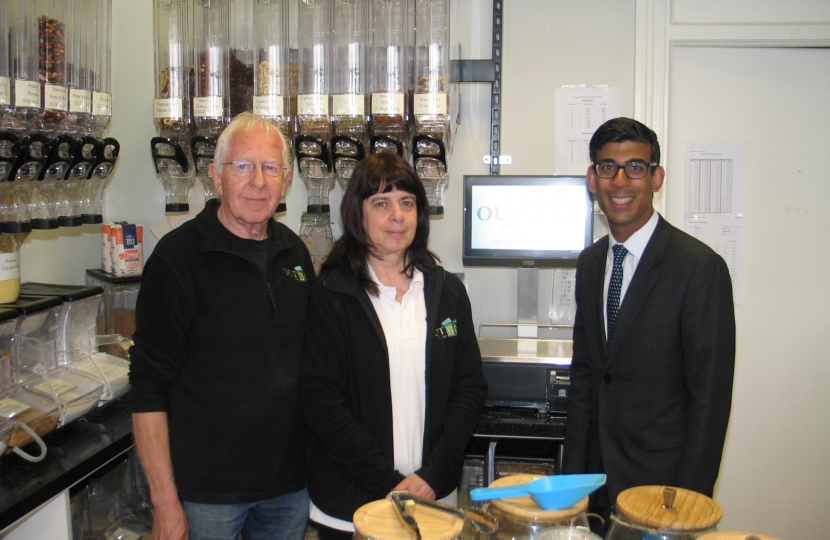 I had a green constituency day in Richmond recently prompted by a letter from a group of pupils at St Francis Xavier School.

The school’s Eco Team had written to tell me about their work to make their school more environmentally-friendly and ask what was being done in Westminster to back up their efforts. In my reply I said I’d love to come to the school and find out more about the team’s inspiring work.

While environmental issues have been very much at the top of the news agenda since David Attenborough’s Blue Planet II TV series in 2017, the SFX Eco Team have been busy since 2016 with the support of the school’s business manager Margaret Land.

In their letter and in a very impressive presentation at the school, the pupils, led by Charlie Pike, told me about what they achieved.

The pupils followed up their hard-hitting presentation with a tough Q&A session. What was the Government doing to combat global warming and reduce waste, they asked?

While acknowledging that we can always do more, I explained to the team what has been achieved already and what is to come. The UK is unquestionably a world leader in tackling climate change and pollution, and this is something we should all be proud of.

I left SFX inspired by the example set by Charlie and his teammates and called into a new shop which is taking advantage of our desire to have less of an impact on the environment.

Roger and Janet Nutting opened Out of the Box in King Street in Richmond a couple of months ago offering a huge range of foodstuffs and household products in gravity dispensers, scoop bins and glass jars.

More and more customers are bringing their own re-usable containers in to the shop and stocking up with the easy-to-use scan, weigh and pay system.

I commend the Nuttings’ enterprise and hope other entrepreneurs will follow their example in meeting the challenge of climate change and seeing the opportunity – rather than a threat - that the move to a greener future represents.