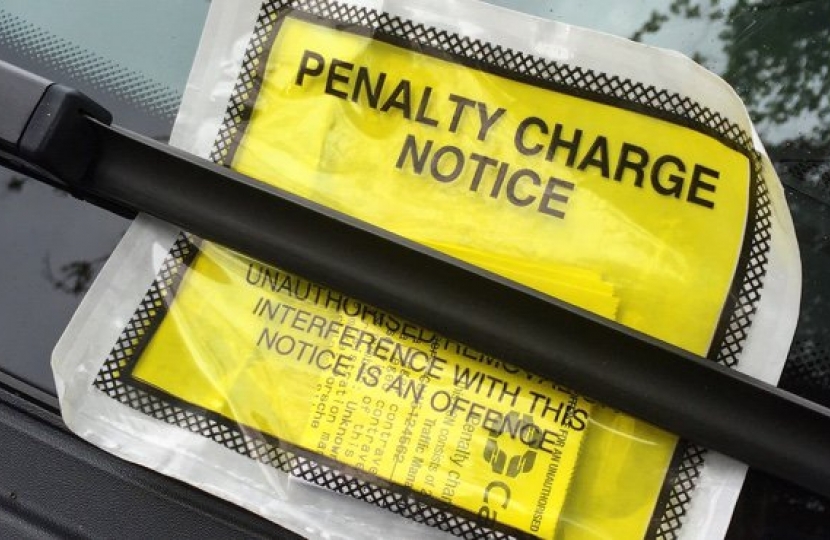 Just after 10am last Friday in the House of Commons, the Speaker announced that Royal Assent had been given to the Parking (Code of Conduct) Bill.

A small footnote in Parliamentary history you might think, particularly given the drama of that week’s Brexit votes. But I was proud to have played a part in passing a piece of legislation which will curb the rogue private parking operators, putting a stop to the unfair practices used by some operators to extract money from unwary motorists.

Last year, more than 6.5 million private parking tickets were issued. While we accept that parking operators are entitled to charge motorists for parking on private land, where the business model has more to do with catching people out and aggressively pursuing them for payment, something had to change.

The Bill became the Parking (Code of Practice) Act 2019 with the Royal Assent (the Monarch’s agreement) and is now the law of the land.

Since becoming Local Government Minister just over a year ago it has been my job to shepherd the Bill through Parliament – its first second and third readings, its committee and report stages, in both the House of Commons and House Lords. It might seem a tortuous process but it ensures that new laws are properly scrutinised.

The Act will introduce a stringent new Code of Practice for parking companies developed in conjunction with motorists’ groups and other experts.

The new mandatory code will replace existing codes of practice operated by two parking trade organisations and will effectively bring the small minority of unscrupulous operators in line with those who are behaving appropriately.

Those falling foul of the new rules will then be blocked from accessing the driver data held by the DVLA which they need to issue fines. That will effectively force them out of the industry. They behave, or go bust.

With the Act in force – with all-Party support I’m pleased to say - it is now my role to implement it and develop the final form of the Code of Practice, ensuring it delivers the necessary consistency and inspires motorists’ confidence.

That Code of Practice will cover things like mandatory grace periods, transparent pricing, clear signage and ticketing, prohibiting overly aggressive tactics and a fair appeals process. These are all the areas where things often go wrong today and that you often write to me about.

This new Code builds on action the government has already taken to tackle rogue private parking operators, including banning wheel clamping and towing, and over-zealous parking enforcement by councils and parking wardens.

Back home, the main event this weekend is the Friarage Hospital public meeting I have organised for tonight (Friday, Mar 22) at Northallerton School at 6.15pm (doors open 5.45pm).

It is not too late to register your interest in attending this very important meeting which is a chance to address questions to the doctors and key decision makers behind the changes to emergency services announced last month.

If you would like to let us know you are planning on attending, please email rishi.sunak.mp@parliament.uk or call my office on 01609 765330.