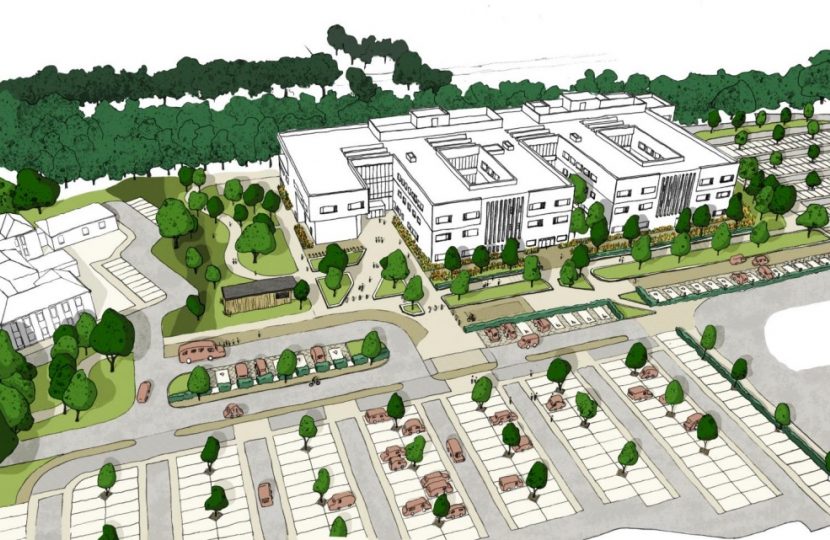 It was Lord Baden Powell who had the idea of using the moorland area just south of Richmond as an army camp when he was based at barracks in Richmond Castle in the early years of the 20th century.

A temporary camp was constructed at the beginning of the 1914-18 war but plans for a permanent base were only drawn up in 1923. The central part of the Garrison as we know it now was largely built in the ten years after that.

A century later, the British Army’s biggest base is still growing. While the numbers of serving soldiers and their families to be based there are not expected to grow as much as was planned a few years ago, the commitment to provide the right infrastructure and facilities for this young and vibrant community is still in place.

In the seven years I’ve been proud to be MP for the Garrison, making sure the facilities for the Servicemen and women, their families and the civilian community in the area match the demands placed upon them has been a priority.

I’ve attended many meetings with Ministry of Defence and local council chiefs where that aspiration has been discussed – and in recent weeks I am pleased to say we have seen two very welcome developments move closer to fruition.

The plans unveiled for the Shute Road area are a major step forward in making sure the Garrison has a town centre appropriate for its size and a central focal point for the community.

Most importantly, the recent submission of the planning application for the Catterick Integrated Care Centre (ICC) is a milestone in the journey to ensuring the area’s health services meet the expected growth in demand.

Work will start, subject to final approval of the business case for the ICC, in Spring 2023 and be completed in 2024. I have formally written to NHS leaders in support of the new centre, a development which I see as vital for the area.

The ICC will be a world-first health facility with the Ministry of Defence and the local NHS working together to cater for both the military and civilian population. While the final configuration of what will be offered there is still being worked upon, the plan is to provide GP and Primary Care services, as well as a large range of additional healthcare services which may include adult and child mental health, maternity, paediatrics, physiotherapy and social care.

The centre will not just provide services for the Garrison but for the whole of Richmondshire – cutting down journey times for many patients in isolated rural areas.

It is also important to note that the new centre at Catterick does not mean a reduction in services in nearby Richmond. To the contrary, I am looking forward to hearing more about the exciting proposals to develop the Friary Hospital there into a specialist centre for the frail and elderly, and also a home for the town’s GPs.

An interesting historical footnote about the new Catterick ICC is that it is to be built alongside the existing Baden Powell House – one of the most striking buildings on the garrison and named after the man whose idea it was to build an army camp here 100 years ago.

Rishi has praised the thoughtful and creative approach taken in the updating project at a local community library.