D&S column: recognising the special work of our police 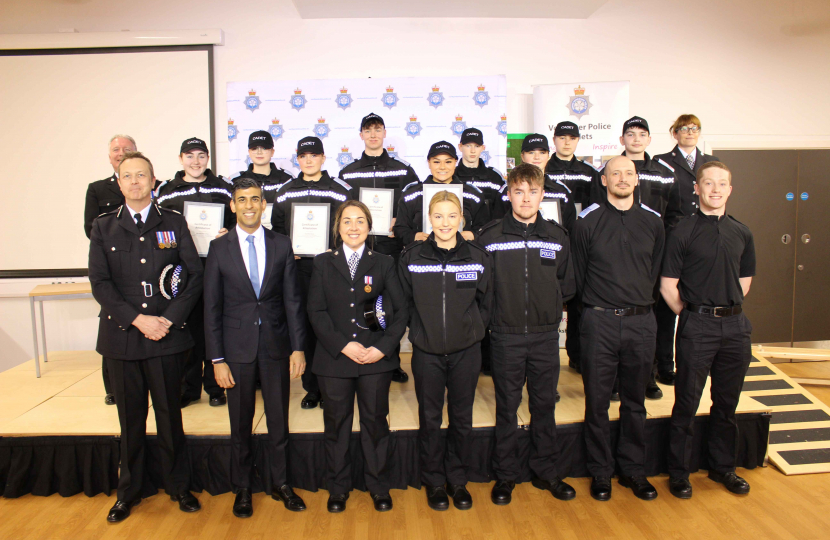 The first duty of Government is to keep our country and our people safe.

Firmly in the frontline of the security we value so highly is our police service.

So I was really pleased – and privileged – to attend the recent passing out parade of the latest group of local volunteer police cadets.

These nine young people were taking the first steps on what may lead to a career as a police officer.

They are just one but a very important manifestation of the Government’s pledge to recruit 20,000 new police officers before the end of this Parliament.

In North Yorkshire, we have seen police officer numbers increase by 116 in the last two years with another 78 set to be recruited to the force next year. The cadets are an increasingly important route into the force for young people.

The Catterick unit I visited is one of five that have been established across North Yorkshire since 2015 and their popularity is growing. Joining the police is seen as an exciting and rewarding career.

Meeting the young cadets, I was impressed by their positive attitude and the strong sense of duty. By joining the policing family, they are embarking on a journey which will for many of them lead to a lifetime of service. I know that they will be a huge asset to the local community.

I would also like to commend their families, many of whom spoke to me of the pride they felt, for the support they give to their sons and daughters.

Policing, like joining our Armed Forces, is a very special way of serving our Country and our communities.

Which is why the Government is establishing a Police Covenant – similar to the Armed Forces Covenant – to formally recognise the special nature of that service and to ensure that the nation looks after the police community whether they are serving officers or retired.

The Armed Forces Covenant aims to ensure that those serving with the Armed Forces suffer no disadvantage as a result of their sacrifices. We now intend to do the same for the police officers who serve the public in the fight against crime.

The issues faced in policing are very different from those experienced by members of the Armed Forces. However, the underlying principle of a pledge to ensure that support is given to a unique workforce which faces unique challenges as they serve the public is the same.

Finally, I would like to take this opportunity to personally commend the courage and commitment of all our local police officers and those who do the important work of supporting them.

It is inspiring that there are so many young people in North Yorkshire who are willing to serve, initially in a voluntary capacity, in the police.

It takes special qualities – many of which I saw at the Catterick passing out parade – to serve in the police force. We are all grateful for that commitment to keep us safe.