D&S column: the role played by the young in Remembrance weekend 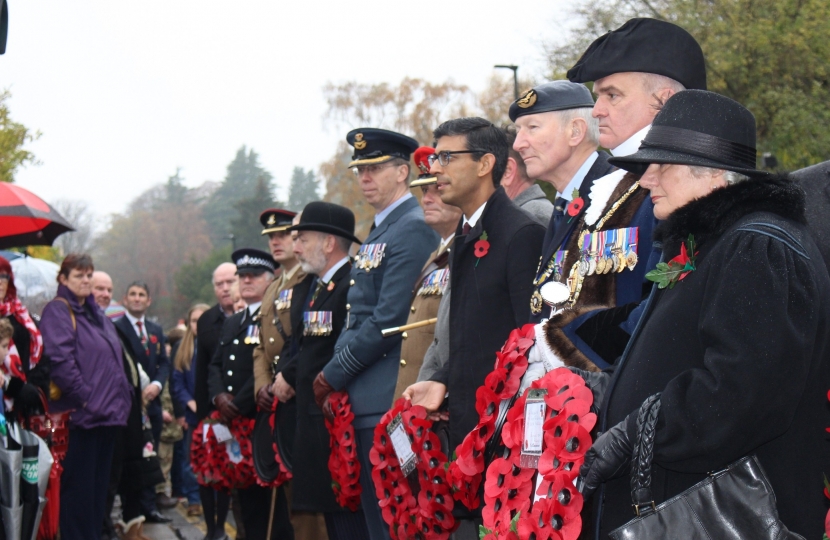 ONE of my family’s most treasured possessions is a ceramic poppy from the Blood Swept Lands and Seas of Red artwork created at the Tower of London in 2014 to mark the centenary of the start of the First World War.

It has pride of place in the hallway of our home near Northallerton. When I was asked to record a short video about Remembrance, it provided the obvious background.

The video was made because Parliamentary duties in London meant I was unable to attend St Francis Xavier School’s Remembrance Festival in Richmond on Monday evening. I spoke about the impression the poppies in the moat had made on me but also my two daughters who then were very young.

I had worried about whether the events of 100 years ago would mean very much to them at that age but they were fascinated by the beauty of the display and I was gratified that they asked me lots of questions about what they had seen.

After this weekend’s Remembrance commemoration the thought that stays with me is how well young people generally have related and responded to this year’s very special ceremonies.

In the Friary Gardens in Richmond on Sunday morning, as I waited to lay my wreath at the War Memorial, it was striking to see so many young people among what must have been a record attendance despite the rain, respectfully observing the two-minutes silence and then again at the Green Howards Memorial at the top of Frenchgate.

The wreath-laying ceremonies, the service in St Mary’s Parish Church and the parades between the events led by our contingents of Armed Forces and with almost every aspect of civic society represented was impeccably organised, as ever.

I attended two other community Remembrance events over the weekend.

On Friday night, in Aysgarth, I was honoured to be asked to open the Festival of Remembrance in St Andrew’s Church and to add a paper poppy representing the Unknown Soldier to more than 1,200 forming the most impressive altar cascade.

Everyone of the poppies had been handmade locally by people aged from four years old to 96 and was just one of many exhibits in the church marking the sacrifices of local men and women. They are now recorded on a new roll of honour – 193 from the parish served in Great War.

During the visit, I met Mrs Rosie Peacock who showed me one of her most treasured possessions – a matchbox-sized tablet of marble decorated with a detailed engraving of Ypres Cathedral. It had been made by her late husband’s great, great grandfather who served at Ypres.

He retrieved the marble from the cathedral which had been reduced to a ruin by German artillery and, using only a rusty nail, painstakingly created the image of the cathedral before its destruction. It was a privilege to hold such a poignant artefact – a thing of simple beauty created amidst the chaos of war.

On Saturday I called in to the Poppy Festival at St Peter’s Church in Osmotherley. Again, there was an amazing range of exhibits marking the contributions made by the village’s men and women and marking the impact of war – including a life-size ‘war horse’ on a shower of purple poppies, the symbol of the sacrifices made by animals in war. It was made by students at Northallerton School and Sixth Form College – another example of the contribution made by young people to Remembrance 2018.

Finally, I must tribute to all the community leaders and volunteers who organised these events and many others around the constituency. They deserve our sincere thanks for making this special Remembrance weekend so very memorable.