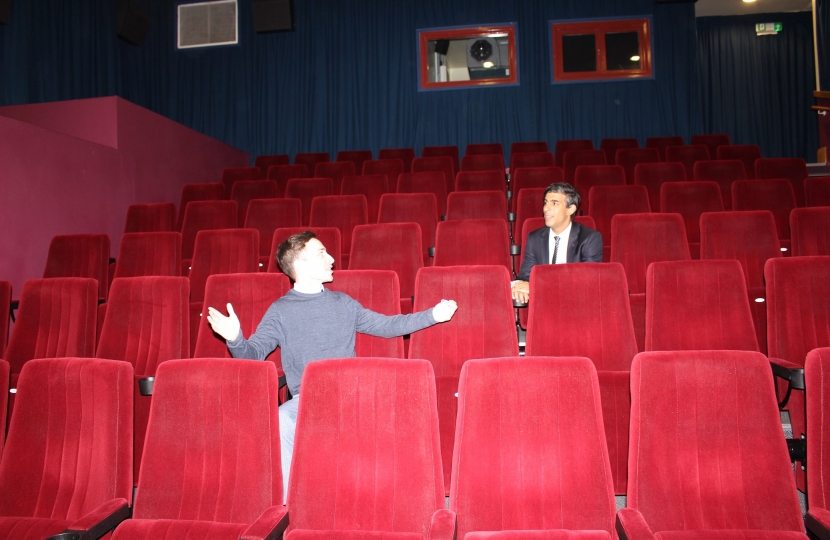 In a normal year, this weekend should be a high point of the agricultural show season – the annual events that showcase everything that’s best about our rural community.

Two big Dales shows – Wensleydale and Reeth – traditionally are held over this bank holiday weekend, along with a host of smaller village produce shows.

Like Askrigg and District Produce Show which is held this Sunday – not ‘in the flesh’ so to speak but online.

As with many show organisers, the loss of the opportunity to hold a normal event presented a real challenge. The obvious choice was simply to cancel this year’s show.

But 2020 is thought to be the 80th anniversary of the Askrigg show and show chairman Mike Dechezeaux (correct) and his committee were determined that the milestone should not pass by unrecorded.

So the idea of the virtual show was born with entrants submitting photographs of their prized vegetables, flowers and handicrafts.

The show has had a tremendous response from near and far. Perhaps this year, more than ever, we should celebrate the skills and enthusiasms that some have had the opportunity to develop.

The competition could be tough on Sunday. Entries so far can be seen on the show’s website and submissions will be accepted up to midnight tonight – Friday, August 28 – so there’s still time for a last-minute entry!

Many shows have followed the example of Askrigg in moving their events into the virtual world. Both Wensleydale and Reeth – which have been popular days out for the Sunak family in past years – have done so.

I know it’s not the same without the opportunity to come together with friends and family to celebrate the best of country life but the organisers of all these shows should be commended for their creativity and determination that the show “must go on”.

The show is still very much going on at the Station Cinema in Richmond too. It was one of the businesses in the Station building I called in to see last weekend to see how they are faring.

The Archers Ice Cream Parlour, the Richmond Brewery and shop, the cinema and café/bar and restaurant have all been back open a while now with appropriate Covid-19 precautions in place and seeing customers returning. The Angel’s Share bakery, as an essential food store, never closed of course. The Charlotte Jacqueline School of Dance is to re-open shortly but has been operating online throughout.

It was really encouraging to see them all adapting their businesses to make the best of the difficult circumstances.

Many of you I know are thinking differently to take account of the new normal and I want to mention one couple who are going the extra mile – well 13 of them actually – to boost the coffers of one of our great local charities – Herriot Hospice Homecare.

Like many charities, HHH is looking to replace revenues lost through the suspension of its usual fundraising activities and Rachel Mee and Philip Clark are stepping up to the plate next month to help, running a half-marathon around the lanes near their home in Kirby Sigston, near Northallerton.

They are well on the way to raising £500 but a few more donations would help. See https://www.justgiving.com/fundraising/phil-rachelgorunning