D&S column: spirit of the Dales shines at Reeth Show 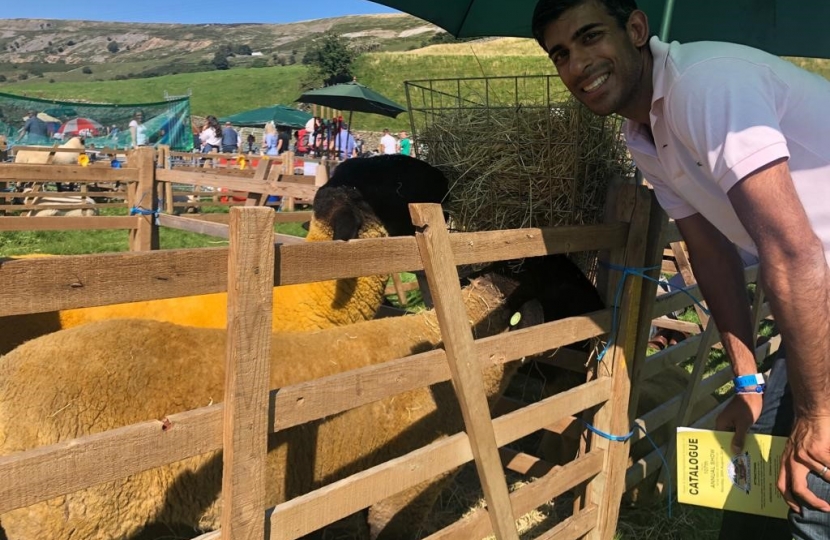 Standing in the middle of Reeth showfield on Monday, it was hard to believe that only three-and-a-bit weeks previously I had stood almost on the same spot surrounded by utter devastation.

This year’s Reeth Show was testament writ large to the power of a community to come together and to recover from the flash flooding debacle of July 30.

The showfield, which had been strewn with wall rubble and other debris until cleared by a Herculean effort spearheaded by the Yorkshire YFCs, was a picture.

On a baking hot day with Fremington Edge shimmering in the heat and with Reeth Band entertaining the crowds in time-honoured fashion, almost the only clue to what had happened was the slight ‘give’ underfoot.

It was a magnificent show attended by around 5,000 people anxious to show their support for the Swaledale community. From the organisers, to the exhibitors – many of whom had been victims of the floods – to the stand and stallholders, and visitors, there was a sense of dogged defiance. Whatever Nature could throw at us, we would bounce back. The show would go on.

Perhaps nothing epitomised that spirit more than the dry-stone walling competition. Always a popular feature of Dales shows, the Reeth contest was keenly fought. It was highly symbolic of the process of rebuilding and renewal that is now well underway in the area.

The Swaledale Mountain Rescue Team stand was one of the busiest. Like me, many people were keen to express their appreciation for the work the team did on the day of the floods and in the immediate aftermath.

It was also good to see tickets selling fast for the Swaledale and Arkengarthdale Flood Fundraising Team’s grand prize draw which will be held in November with proceeds going to victims, and the first bids being taken for a big fundraising auction at Tennants in Leyburn in October.

A Dales show wouldn’t be a Dales show without the team from Gayle Mill Trust, led by William and Claire Lambert, demonstrating their heritage craft skills, an ice cream from Brymor (the queue was epic!) and something tasty from Lindsey McIntyre’s Burger Queen van.

As well as viewing some of the great looking sheep and bumping into sheep steward and flood victim Doug Barningham who I had met in the immediate aftermath of the flood, my family spent time in the big tent looking at the very tempting cakes, biscuits and other baked goods.

Finally, I thought the Yorkshire Dales Moorland Group’s stand was particularly relevant this year. The group shouts about the positive environmental, conservation, economic and social benefits of managed moorland.

The environmental benefit of heather moorland management is becoming more important as part of our efforts to combat climate change, lessening the impact of increasingly-frequent rainfall events like the one which caused such havoc on July 30.

The moorland managers who make up the group are working hard to enable the purple heather-clad moorland to hold more water through slowing the flow off the tops, encouraging the growth of sphagnum moss - the magical stuff which ultimately creates peat (and which holds more than twice as much of the world’s carbon as forests).

While this isn’t in itself the solution to the flooding problems we have faced in recent years, it most definitely has an important part to play. I have and will continue to support efforts to protect and restore our precious moorland, not just in the Dales but on the North York Moors – a family ascent of Black Hambleton was also part of our bank holiday weekend activities.