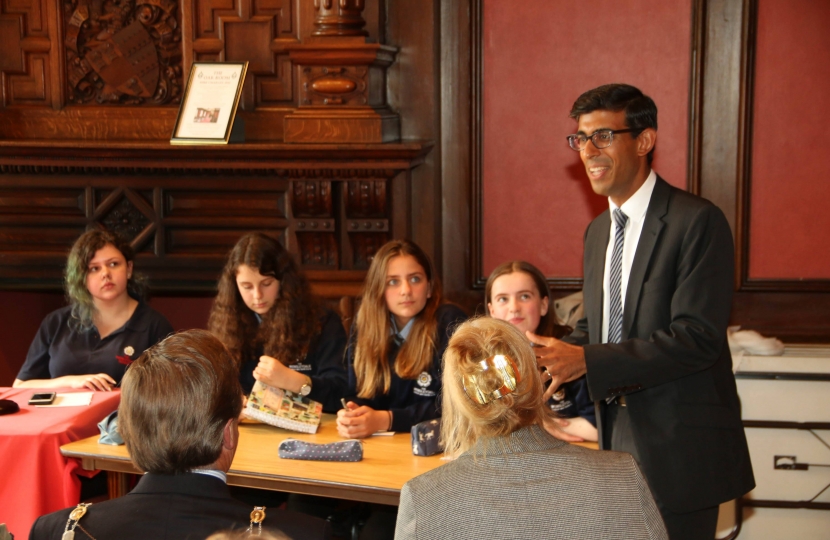 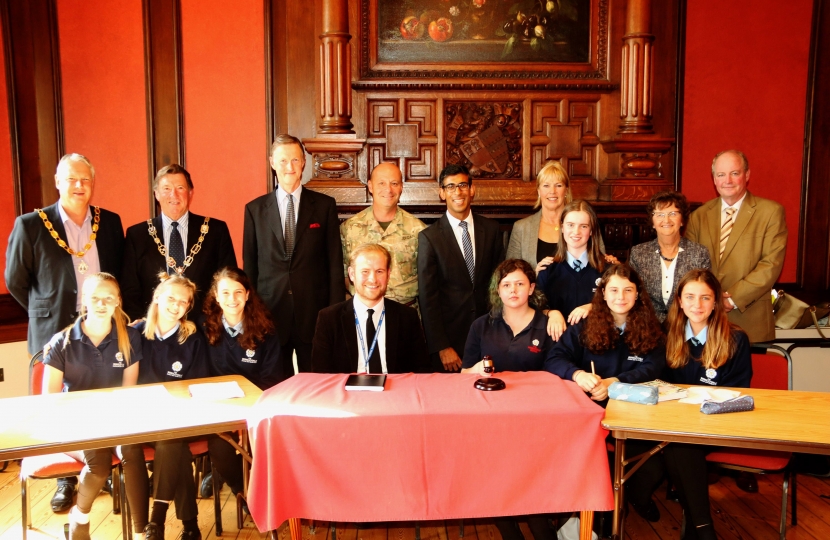 ON my many visits to schools in the constituency, I often enjoy jokingly comparing our local pupils’ behaviour with that of my MP colleagues in some of the more tempestuous House of Commons debates.

It was certainly the case that our students set an example at the recent Wensleydale School debate I attended in Leyburn where six pupils conducted themselves impeccably in arguing for and against a motion suggesting that young people today deserved to be called the “Snowflake Generation”.

Perhaps it is not surprising that the motion was defeated. Snowflake Generation is a rather dismissive and demeaning description and one of the well-made points during the debate was that every young generation faces challenges and they tend to be different from the ones their parents faced. Whether they are easier or more difficult to overcome is impossible to say.

Lots of very good points were made during the debate and I have to say the team proposing the motion, unsuccessfully as it turned out, had some powerful arguments to draw on. Well done to Amy Neate, Kate Hudson and Maddie Hey for skilfully making a case which I suspect they might not necessarily have personally believed in.

But it was congratulations in the end to Emma Haresign, Sophie Neate and Rebecca Kilker who defended the fortitude of their generation admirably.

One telling argument in their armoury was the influence on today’s young people of social media which we know has tremendous power to do good but also has potential to be used in a negative, harmful way. Online bullying is perhaps the most obvious example of this.

And it doesn’t just affect the young or the vulnerable. People of all ages and backgrounds can be the subject of pretty hateful abuse – often anonymous – through social media where the rules of civilised debate don’t apply.

As I said in my closing remarks to the pupils at the end of the event, formal debating helps you understand the importance of tolerance, of agreeing to disagree and to respect your opponent even if you don’t share their view. That’s an alien concept to some people who express their anger and hate online.

There is a danger that some people will feel so intimidated by the potential to be targeted and abused that they withdraw from public life. There is a risk that talented people will decide not to enter public service – either as an elected politician or public servant – because of this.

There was an example of this only this week. A Government scientific advisor stood down from his role because of the online abuse and harassment he suffered because of his views on drug use.

The Government is taking this seriously and has launched a consultation on proposals to introduce measures to protect voters, candidates and campaigners so they can make their choice at the ballot box or stand for public service without fear of being victims of misinformation or abuse.

The proposals, which include a new offence under electoral law, are not about shutting down debate but about making sure people don’t feel intimidated from taking part in democracy, and that debate is healthy rather than destructive – as demonstrated so well by the Wensleydale pupils earlier this month.

Finally, my congratulations to Wensleydale assistant headteacher Charlie Barnett who does such a great job fostering debating skills at the school, the encouragement of headteacher Julia Polley, and local councillor Karin Sedgwick for helping to organise the event at Thornborough Hall.