D&S column: what we learnt at the Friarage Hospital public meeting 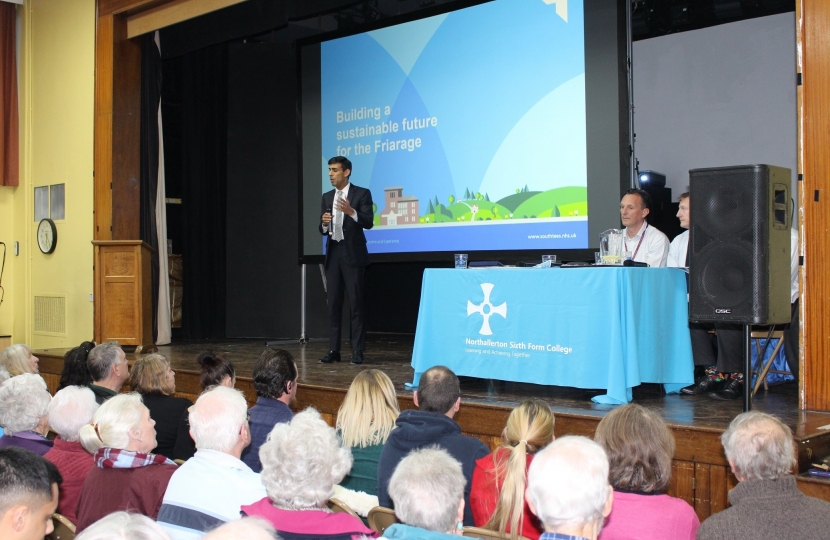 When I set up the public meeting about the changes at the Friarage in Northallerton, my key aims were for people to really understand what is happening at our much-valued local hospital and have the opportunity to question the decision makers about why these changes are being proposed.

Based on the feedback I’ve had since, I believe these aims were largely achieved.

As one constituent said in an email, she came expecting, as she put it, “to feel hoodwinked”. But by the time she left, she felt more confident and reassured by the commitment and effort of the doctors’ vision for the hospital’s future.

Those doctors – Adrian Clements and James Dunbar – deserve a huge amount of credit for fielding the probing questions from the audience and those I put to them on behalf of those not present.

They did so in a candid, totally frank fashion and no-one present could have been left in any doubt about their passion for the Friarage and quality of the services provided there.

The meeting helped clarify a number of points.

Firstly, the specialist doctor recruitment issue is very real and not likely to be solved in the short term. As medicine is changing, specialist doctors either cannot or prefer not to work at smaller hospitals.

Secondly, lack of money is not the issue. Anaesthetists/critical care doctors are choosing not to take posts at the Friarage for clinical reasons. The new Urgent Treatment Centre model will cost more money to operate than the current A&E model.

Thirdly, doctors from the James Cook have been helping man the Friarage for the past 18 months but are not prepared to do so on a permanent basis for the reasons outlined in points one and two - and despite cash incentives.

Fourthly, the doctors believe the capacity is there at James Cook to handle the slightly increased patient flow.

Lastly, the vision for the hospital as set out by the doctors has some benefits, not least the sincere belief on their part that they can recruit and train the right staff to run it safely and successfully into the future.

We also uncovered new information. Most importantly, the news about the two extra ambulances which will now serve the area to transport the eight patients a day affected by the change to the James Cook.

This was confirmed to me in a separate conversation I’ve had with the chief executive of the Yorkshire Ambulance Service, Rod Barnes. He told me he had the resources both in terms of experienced, qualified staff and the ambulances to do this. I will stay in touch with YAS to make sure this commitment is realised.

In my conversations with both Mr Barnes and the doctors, I asked bluntly if patients would be at greater risk because some might have to be transported over longer distances to hospital. They gave assurances that, because of the skills and experience of his staff, and the types of medical situations of the people affected, they did not believe this would be the case.

Going forward, I will continue to scrutinise and question. As I said here two weeks ago, I take nothing at face value. This week the leading healthcare consultancy I have hired to help with that task started work. They will prepare a report for me which will closely examine the South Tees Trust’s plans with specific reference to what is happening at similar-sized hospitals all around the country.

In the meantime, can I urge those of you who didn’t make the standing-room-only meeting last Friday or watched the live-streaming online and who want to really understand the issues at play to watch the recording of the event. You’ll find it on my facebook page, my You Tube channel and my website – rishisunak.com.