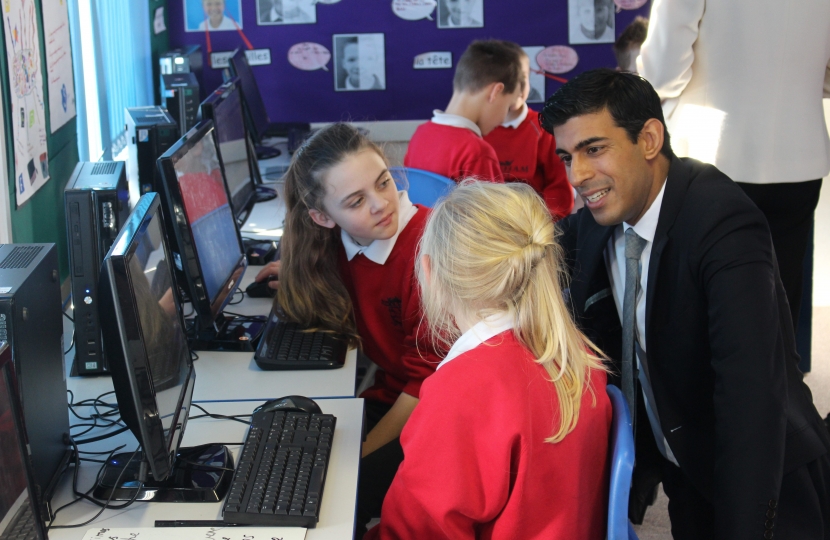 My grandparents grew up in a village in India without electricity or running water. Two generations later, I have the privilege of standing up as Member of Parliament for Richmond, Yorkshire. I suspect any number of us across the country can tell similar stories of where our families started, what they worked to achieve and how their efforts passed something on to the next generation.

Without fail, these stories of growing opportunities are only ever possible through a great education. In the words of one of my constituents, education is the greatest single tool to allow you to change your own life and make an impact in your community. Whether you grow up in India or the Yorkshire Dales, their point remains a perfect description of one of our most important civic duties to our young people.

However, since becoming a Member of Parliament it has become clear to me that our current means of distributing funding between schools is, at best, out of date and, at worst, unfair.

People often talk about problems with the education funding formula (the method used to decide how much money is allocated to each pupil): the reality is that there is no formula. It was dropped a decade ago and, instead, whatever a local authority received then has been either uniformly increased or decreased.

If your local area was underfunded ten years ago, it will continue to be. If your local schools got a raw deal back then, it most likely still will do. Considering one factor of this old formula was the proportion of underachieving ethnic minorities in the school – rather than simply deprivation, regardless of race – it is unsurprising areas like the Yorkshire Dales missed out.

Furthermore, it meant two children, both on free school meals, but from different areas could receive very different sums of money for their education. The Yorkshire average was last year around £2,000 per pupil less than the five top funded authorities. Even within small areas, a pupil in my constituency in the North York Moors was funded £400 less than a pupil only miles away in Middlesbrough.

This simply needs to change. My local schools have great teachers and supportive parents, but they can only continue to form the heart of our communities if they are funded fairly.

Happily, the news on this is not all bad. Here in Yorkshire, I have colleagues such as Graham Stuart MP and the f40 leading the campaign for change, alongside others like Julian Sturdy and Kevin Holinrake.

Only this summer, it was confirmed that from this year an additional £400 million would be added to the Schools budget and permanently allocated each year to the least fairly funded authorities, helping my own constituency to the tune of just under £130 per pupil. Moves like the Pupil Premium see a further £2.5 billion for those on free school meals, which has helped to close the attainment gap between poorer and wealthier families.

Crucially, the Prime Minister has recognised that there is a problem with our funding formula and accepted to argument for change. Only a number of months ago, the National Audit Office published its research on funding for disadvantaged children and advised that we “should use a fairer formula so that pupils across England receive similar funding, related more closely to their needs less affected by where they live.”

For me, this is job begun and not job done. This is why myself and other colleagues are campaigning for the introduction of a new fairer national funding formula. This week I organised an education forum with local primary school teachers to discuss exactly this topic and petition 10 Downing Street, and I know many other MPs are doing the same. If any of you feel as I do that this must change, please do visit www.rishisunak.com and sign my petition for a fairer formula.