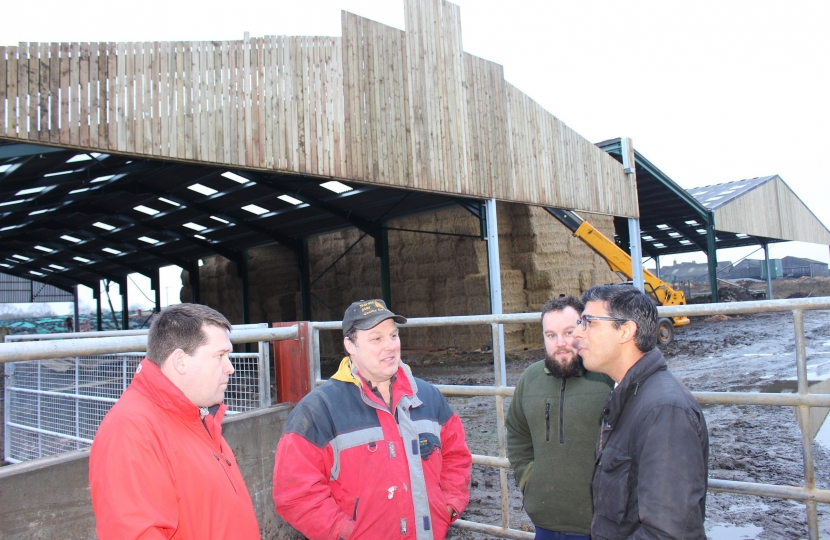 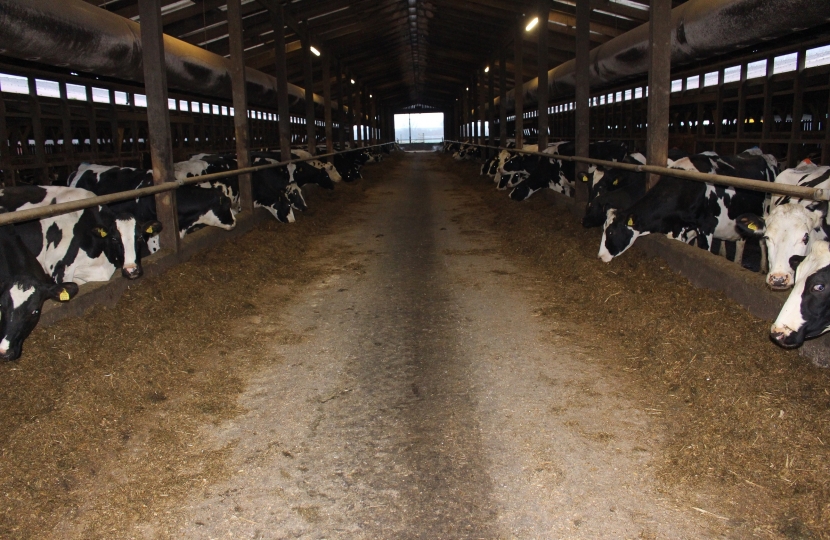 One of the largest dairy farms in North Yorkshire is continuing to invest in the future despite the recent uncertainties faced by the milk sector.

The Spence family have steadily expanded their operation at Lowfields Farm, just north of Brompton village, Northallerton, since grandfather Thomas arrived from Coverdale, via Carthorpe, with just 25 Friesian cows in 1957.

Today the farm supports four generations of the Spence family and 10 employees with 650 Holsteins producing more than 11,000 kgs per cow per year. The milk is supplied to Arla and currently the farm receives 29.5 ppl following the recently price cut.

Mr Sunak explained that he first came across the Spence family when visiting innovative flood defences on their land last year.

"I had spent a lot of time studying the plight of the dairy industry when milk prices were at rock-bottom and the Spence's operation seemed to be one that was weathering the crisis better than some other farmers so I wanted to find out more."

During a tour of Lowfields Farm, Mr Spence explained how the herd had grown steadily over the years.

Investment had been made in the best quality housing for the herd and they had switched to milking three times a day in 2013 for welfare and productivity reasons. Yield has increased by 12 per cent as a result.

Mr Spence said: "Welfare of our cows is paramount. A happy cow is a productive cow and our experience in making the investment in the best sheds for our herd show that it pays off."

Work is currently underway building a new £130,000 roof structure on an existing slurry store to reduce the amount of slurry to be dealt with – a project which is part funded by the Rural Development Programme (RDPE) for England's Countryside Stewardship mid-tier scheme  and there are also plans for a further slurry store structure. A capital funding application to Natural England under the same RDPE scheme is pending.

Work will also start shortly on the installation of a new 30,000 litres milk storage silo to supplement the farm's existing 18,000 litre capacity facilities.

After completing his tour, Mr Sunak met the other members of the family, the now retired great-grandfather Thomas, who still lives on the farm, and Chris's son William, aged four.

Mr Sunak said: "I was most impressed by the evident passion and commitment of the family to their business – their insistence on the highest welfare standards for their cows and the continued investment in the future."

The Spences are advised by farm business consultant Paul Dennison, of Strutt and Parker's Northallerton office.

Mr Dennison, who has worked with the Spences for 14 years, said: "This is a showcase operation and that is a tribute to the hard work and attention to detail devoted to it by the family."