Opening the Thirteen Restaurant at Leyburn 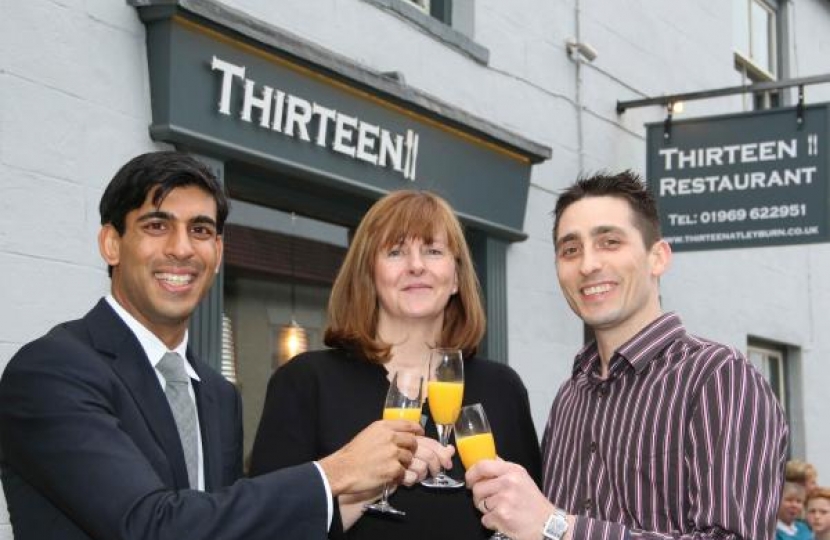 Last Tuesday, I was invited to officially open the new and re-branded Thirteen Restaurant in Leyburn. The restaurant had been an Italian until Michael and Sarah McBride decided to buy it and begin an exciting project of their own. They had both worked in catering and hospitality and now, with the help of a Government start-up loan, the couple were embarking on a new stage of their careers in having a restaurant of their own.

Speaking with them, it was clear that their vision was community focused too. Local produce, from local suppliers, here in the Dales for everyone to come and experience. At a time when it has never been so important to back British farmers and support our rural communities, Thirteen’s mission was to turn that Italian flair instead into their own fresh British – and unashamedly Yorkshire – style.

In particular, I was delighted they have benefited from the Government’s Start-Up Loans Scheme to help them get a head-start with their new business. Across the country, 25,000 Start-Up Loans have already been awarded, worth a total of £130 million and 32,000 new jobs. Over the next five years we are hoping to treble this. Here in Yorkshire, it has led to an £11 million investment. In Richmondshire, Thirteen represents one of a hundred deserving recipients of this investment - my hope is that there will be many, many more.