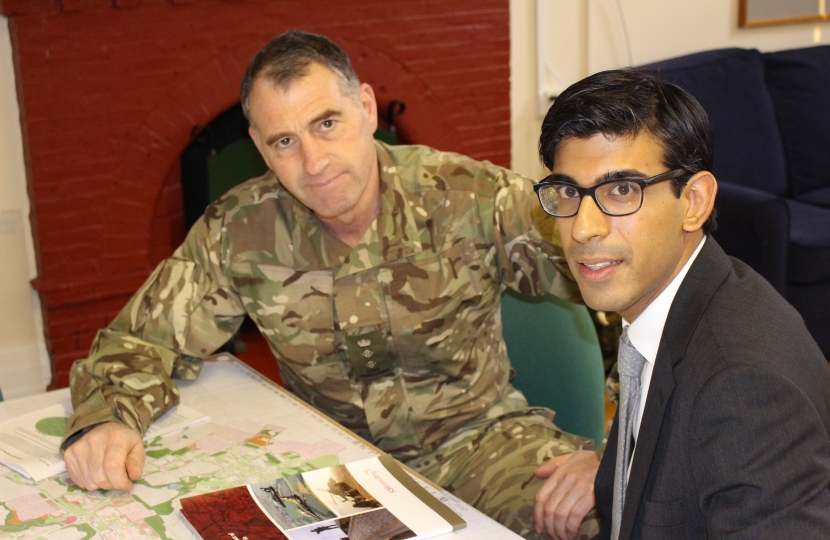 I met with Colonel Steven Padgett OBE who runs Catterick Garrison to learn more about the Garrison and its place in the community. Catterick Garrison is the British Army’s largest garrison in the world and the largest training establishment the Army has.

Around 12,000 military personnel and 8,000 dependents live in the Garrison area. Every British infantry soldier, including the Gurkhas, receives part of their early training here in Catterick. It is also the HQ for various Brigades and Regional Units of the British Army.

Clearly, with the number of people involved in the Garrison it has a significant impact on our local economy and community. It is evident that relations between the military, local residents, civic leaders and local services are very strong. This is no doubt in large part due to Colonel Padgett’s work in this area.

Everywhere I go in the constituency, I feel the enormous pride people have in our locally based soldiers and that they are special part of the community.