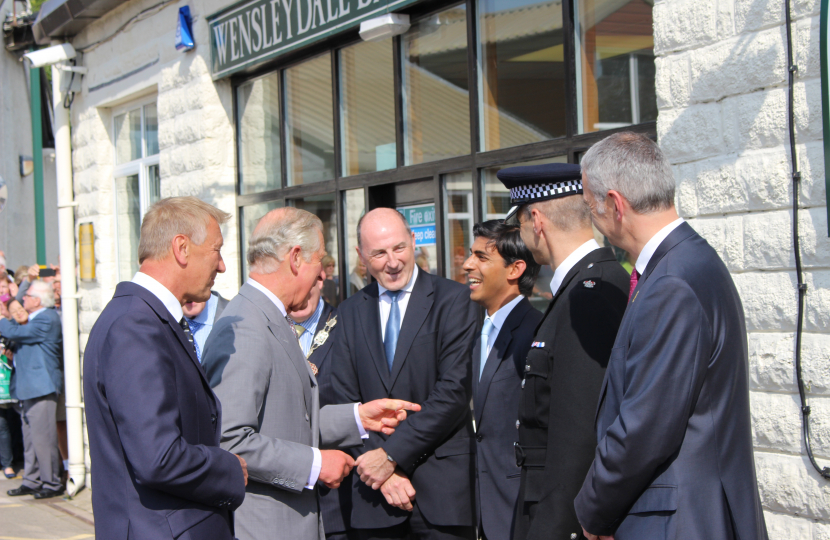 For those of us who set out to serve, nobody set a finer example than Queen Elizabeth II.

So many tributes to our longest-serving monarch this week rightly dwelt on her steadfast and unshakeable sense of duty.

She was also the nation’s rock whose ability to reach across all parts of our national and Commonwealth community was unparalleled.

All generations respected and warmed to Her Majesty. During my regular question and answer sessions with local schools, almost always the first question asked of me was: “Have you met the Queen?”

It always made me proud to say that I had.

Without doubt, the occasions when I met the Queen will be among my most treasured lifetime memories, particularly the private audience I had with her at Buckingham Palace just before presenting my first Budget as Chancellor back in 2020.

Going through the details of what I was about to announce, she was everything that people have said about their encounters with her. She was immaculately briefed, totally engaged, inquisitive and the wisdom she had accumulated over her 70-year reign shone through.

I also found on other, less serious, occasions she could be very funny.

The nation owes Queen Elizabeth II a huge debt for showing us what duty and service means and always putting the country and Commonwealth first.

Our new King has the toughest act to follow but nobody could be better prepared to take on the role of our Sovereign.

It was a privilege to be in Westminster Hall on Monday when the two Houses of Parliament presented King Charles III with “humble addresses” - formal condolences - and the new King replied.

I’ve had the pleasure of meeting our new Sovereign a number of times. As a new MP of just a few months standing I was invited to join a group welcoming the then Prince of Wales to the Wensleydale Creamery at Hawes.

I was nervous but we did have a conversation about a matter of common interest at the time - the plight of dairy farmers and how they could be helped.

I was tremendously impressed by his deep knowledge of the farming industry and rural communities in general.

More recently, and in the rather different environment of South London, we met to see how the Prince’s Trust had used the Kickstart scheme I devised to help young unemployed people as we recovered from the Covid 19 pandemic.

His walkabout in Walworth, where he was almost mobbed by selfie-seeking young people, demonstrated how, like his mother, he can engage and inspire people from all backgrounds.

I am sure that knowledge, understanding and popularity will serve him well in his constitutional duties but also as the new head of our nation. God save the King.