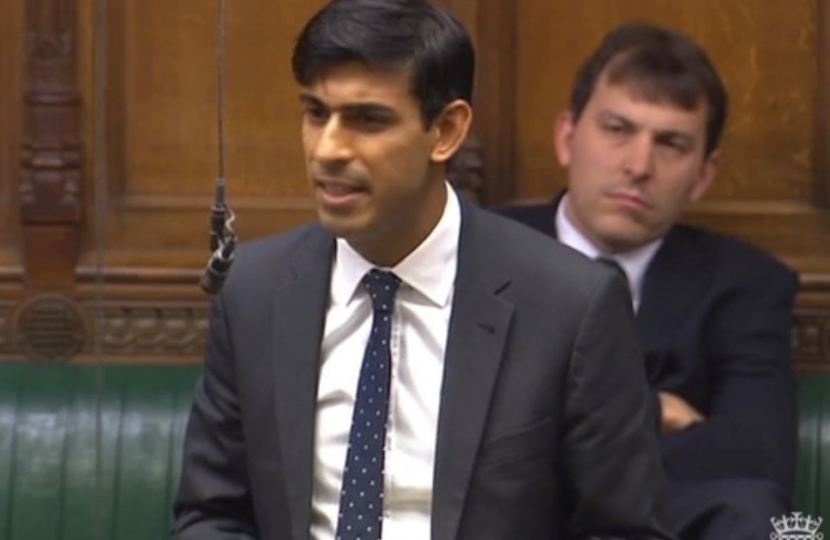 RICHMOND MP Rishi Sunak has called for the quick introduction of a voucher scheme to help people in rural areas access superfast broadband.

Mr Sunak has asked the Government to bring in a scheme to cover the set-up costs of satellite broadband for those homes and business which cannot at present access a high-speed internet connection.

Speaking during a Commons debate, he urged the Government to help those in his constituency whose homes or businesses premises were beyond the reach of the current roll-out of improved internet connectivity.

Mr Sunak’s proposal would provide a voucher to every business or home which had no or an unacceptably slow internet connection. The voucher would be used to cover the £3-600 cost of installing the satellite equipment.

North Yorkshire County Council and its broadband partner NYNET were on target to extend superfast broadband  from 50 per cent of premises 95 per cent in 2017/8, he said. But the last five per cent in the most rural parts of the county presented a difficult technology challenge.

“Satellite technology, while not perfect, is an interim solution for the five per cent,” he said. “It is vital that this scheme is extended as soon as possible to all rural areas.”

The MP supported the motion which called on the Government to hold a “Not Spot” summit of all interested parties to find a solution to the problem of reaching the most isolated areas of the UK with high speed broadband.

He also suggested that the summit should consider ways of ensuring BT’s plans for the continuing roll-out of superfast were completely transparent so that commercial rivals offering alternative technologies could plan their investment.

At the conclusion of Monday night’s debate, the motion calling on the Government to hold the summit was unanimously approved

Mr Sunak has also written to the Minister responsible for the digital economy, Ed Vaizey, urging him to extend two satellite broadband pilot schemes in West Yorkshire and Suffolk to North Yorkshire.

In his letter he wrote: “In my constituency average broadband speeds place us in the bottom fifth of English constituencies, while more than ten per cent have little or no connectivity whatsoever. That’s ten per cent where children are unable to do their homework, small businesses are held back, and farmers are unable to apply for their CAP payments.”