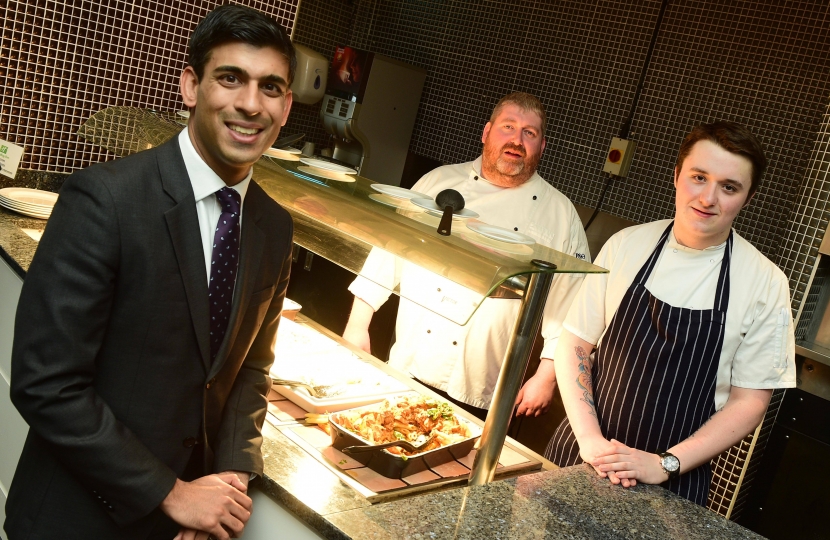 A NORTH Yorkshire apprentice has proved he has the recipe for success after being made Employee of the Month by an international chain hotel.

Callum Kay, 18, a Hospitality Level 2 apprentice, was awarded the accolade at the Holiday Inn Darlington at Scotch Corner in recognition of his hard work and enthusiasm.

In achieving the award, Callum, who has responsibility for food stations and preparation as well as assisting with key functions, beat off competition from 50 members of staff and was treated to an additional £100 in his monthly payslip.

The apprentice chef, who has been working for the company since June as part of a work- based programme, is championing a pilot project with the Universities and Colleges Admissions Service (UCAS) which is being launched with secondary schools, colleges, councils and employers to boost the image of the existing apprenticeship scheme which combines work with formal learning.

Callum, from Darlington, said: “I was really shocked to find I had been awarded Employee of the Month, as I haven’t been at the hotel for very long.

“As part of the work-based learning approach, an assessor from Redcar & Cleveland College comes out to see me and advises on my development, which is really useful.  I’m learning more about my role day by day and I’m really pleased my colleagues have recognised my desire to succeed.”

Mike Henley, head chef at the hotel, said: “Callum really stepped up during busy periods and always goes above and beyond his role.

“He’s been a tremendous asset to the team, and hasn’t shied away from any task and approached it with real enthusiasm and hard work. The Employee of the Month award has been well earned.”

MP Rishi Sunak, who is leading the UCAS initiative, said: “Callum is a prime example of how apprenticeships can benefit young people who are looking for new opportunities when they leave school and it’s fantastic to see businesses such as Holiday Inn supporting the initiative.”

“I am working hard to increase the number of apprentices in North Yorkshire.  Key to the initiative is the support of UCAS – the Universities and Colleges Admissions Service – which has agreed to set up an online portal under the UCAS brand to make it easy for businesses to advertise apprenticeships and for young people to find and apply for them."