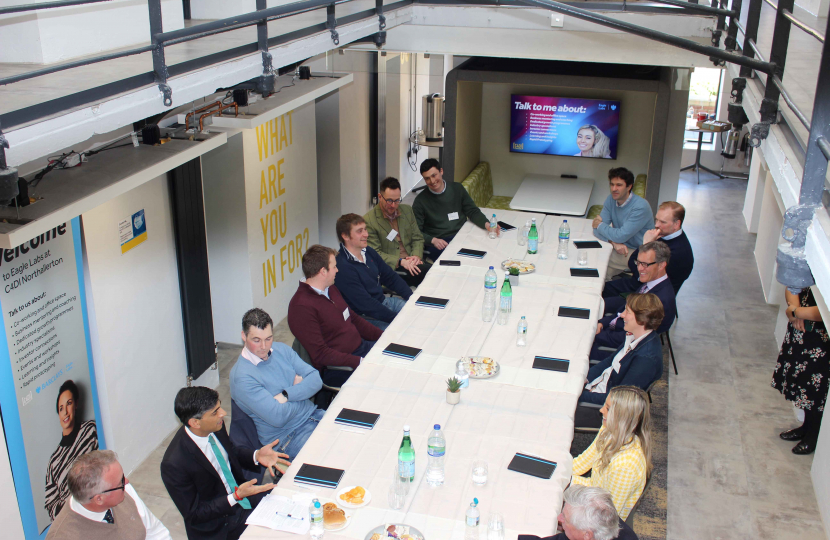 Rishi met a group of 20 farmers at a round-table discussion in Northallerton.

Hosted by Barclays Bank, the farmers from all sectors of the industry fired questions at the Richmond (Yorks) MP.

The main focus of the discussion was the current transition in farm support payments as a new system is established following the UK’s departure from the EU and the Common Agricultural Policy.

Payments under the old Basic Payment Scheme are being gradually reduced during the transition period – which runs until 2027.

A new farm support system – environmental land management – is being introduced which will focus on improving the environment by paying farmers for certain environmental benefits, instead of offering payments based on the amount of land farmed.

Rishi said the overall investment in farming in England will remain the same during the transition period with support payments gradually switched over to the new schemes - the Sustainable Farming Incentive, Local Nature Recovery and Landscape Recovery.

In response to questions about the need for clarity, Rishi said said the three replacement payment schemes were being designed by working closely with farmers and a number of pilot projects were underway.

He said: “I understand the need for clarity. We also need to ensure that our replacement schemes work and that means being willing to make changes if that proves necessary.

“Having control of our agricultural support policy means being able to use this flexibility to tailor the schemes to suit our farmers,” he added.

Rishi said he also favoured farmers being encouraged to produce more food as well as being better custodians of the environment.

He added that the volumes of fruit and vegetables the UK imported was an opportunity for UK farmers – one that the Government was keen to support through help with farm investment.

The discussion – held at the Centre for Digital Innovation in Northallerton’s Treadmills development – was chaired by Barclays’ local agricultural manager John Pinches.

Rishi said he very much welcomed the opportunity to meet local farmers to hear their views about the agricultural transition policy.