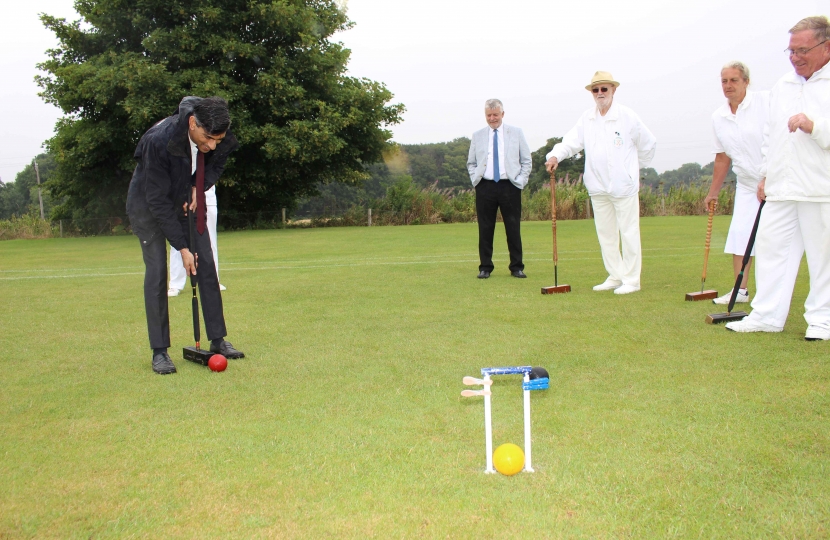 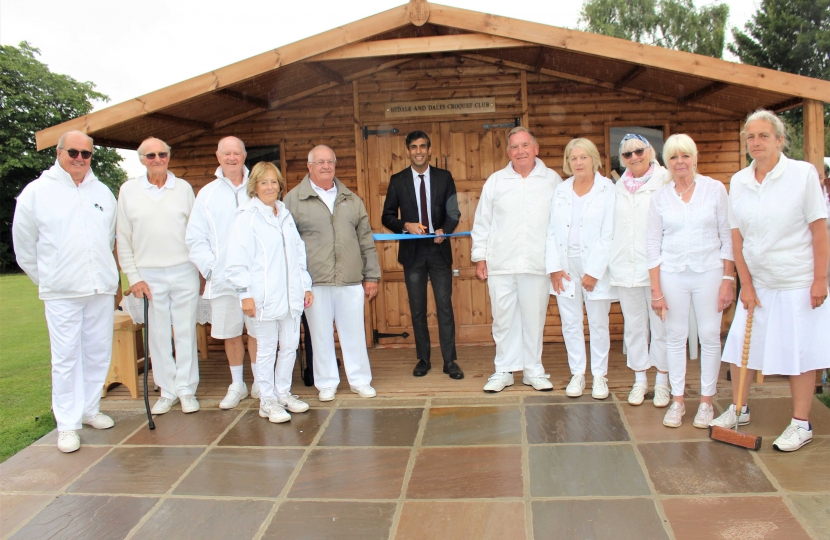 He performed the opening honours at the Bedale and Dales Croquet Club and tried his hand at the sport which has a growing following.

He said: “The club has excellent facilities. Three beautifully-kept croquet lawns and now a splendid pavilion. Huge credit to everyone at the club who worked hard to secure the grants and make the club an even more attractive place to play.”

The new timber pavilion at Bedale Sports Club and Community Centre has been funded by a number of local organisations, charities and individuals – including the Jack Brunton Trust, the Bedale and Villages Community Forum, the North Yorkshire County Council’s locality budget and Bedale Town Council. Housing developers Persimmon also made a contribution through its Community Champions scheme.

Bryan Lye, the club’s recently-elected life president in recognition of his long service to the organisation and the sport, said the generous donations had transformed the club’s facilities. They had not only funded the new pavilion but also met the cost of a white lining machine to mark out the lawns.

He said: “We are delighted to have our new pavilion, to have it opened by our MP, and to be playing again after a season lost to the pandemic.”

Mr Lye said the club had recently attracted new members and would be pleased to welcome additions to its ranks. Anyone interested in trying croquet at Bedale and Dales should contact Rob Brown on 01969 625306 or by email at wardlebrown@gmail.com