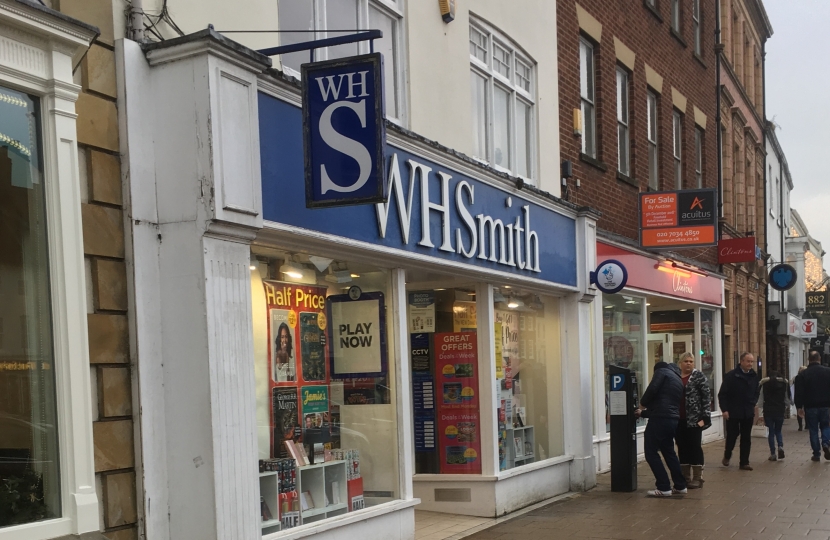 Rishi has stepped up the pressure on the Post Office and WH Smith to resolve problems at the Northallerton branch.

Since August Northallerton Post Office, which is run by WH Smith inside its branch on the High Street, has been operating with reduced hours and has been closed completely on some days.

This week, just days after Rishi had received assurances from the Post Office that the situation was temporary and caused by staff sickness and the need to self-isolate, the branch was closed on Thursday with no notice. It re-opened on Friday.

He has contacted the Post Office and WH Smith chief executive Carl Cowling asking for improvements as soon as possible.

Today, the Post Office said WH Smith had managed to source staff to overcome the most recent issues. Going forward they would be “over-recruiting” for the branch.

This would mean that there would be a surplus of trained staff in the branch to allow them to redeploy them to the Post Office counters should there be any staff shortage in the future.

It also said the Sunday service would be reinstated by mid-November.

Rishi welcomed the promise of action to solve the problem.

He said: “This is overdue. The Post Office has apologised for what has happened in recent weeks and does now understand the frustration and anger of my constituents.

He added: “Communication about the short notice changes to the branch’s opening hours has been poor and many people have been inconvenienced.

“As the situation improves I have further urged the post office to improve the way it communicates changes to the hours of operation by updating its website promptly to avoid people making unnecessary journeys.”