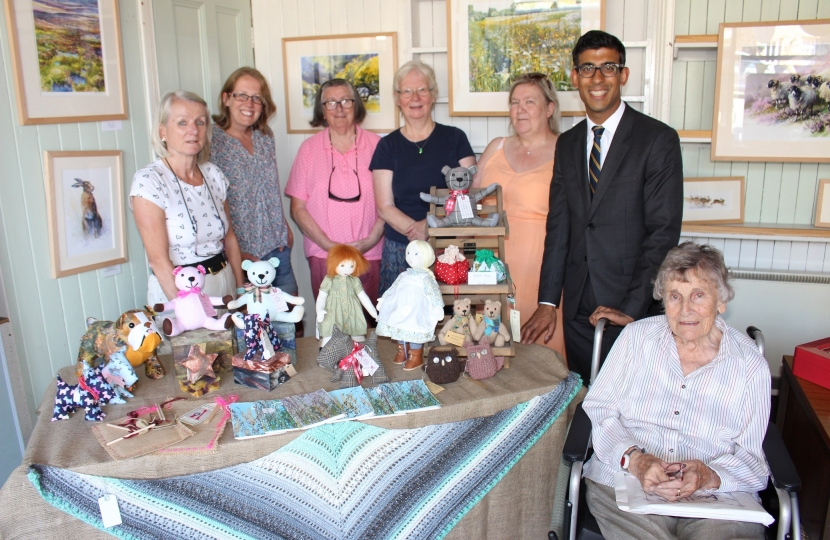 Rishi Sunak caught up with plans for affordable housing in Askrigg while doing a bit of shopping.

The Richmond MP called in at the Askrigg Foundation premises in the Yorkshire Dales village’s Market Place which has been turned into a Pop Up Craft Shop pending the start of work on converting the building into three affordable homes for rent.

Among the items on display were crafts made by the Gayle Mill Crafty Ladies including patchwork, prints, knitwear, fabric bags and gifts.

Mr Sunak, who is a patron of the Foundation, also viewed the plans for the two two-bedroomed apartments and two-bedroomed cottage which are to be created in the building.

The development is being part-funded by the Government Community Housing Fund, the first phase of which set aside almost £500,000 to assist project is Richmondshire.

The Askrigg project is being assisted from the fund with money being spent on legal set-up costs and a feasibility study.

Mr Sunak said: “It was good to see the shop being put to such good use while also presenting information about what is a really exciting project for the village which I am delighted to say is being assisted by the Community Housing Fund.”

Already completed with £40,000 from the fund is the Hudswell Community Charity project near Richmond which has developed three new homes for local people.

During his visit Mr Sunak purchased a photographic print of the annual herding of the sheep from the hillside through the village to the lower pastures.

The Pop Up Craft Shop will be open until the end of July on Wednesdays, Fridays and Saturday from 10am-3pm.