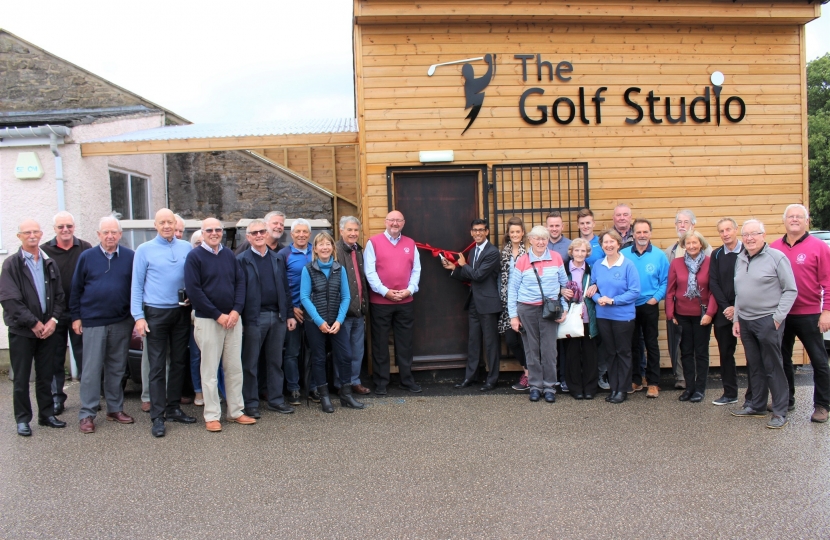 Richmond Golf Club has adopted the latest technology to make playing the game in the winter more attractive.

The 125-year-old club has created a swing studio which uses high speed photography and computer simulation to allow play in the warm and dry.

The Golf Studio was officially opened on an appropriately wet day by Richmond MP Rishi Sunak.

As he cut the ribbon at the studio door with club chairman Bruce Tate, the rain came down.

Mr Sunak said: “This is why a facility like this is such a good idea. I applud the club’s embracing of innovative technology to extend the game’s appeal in the months of the year when being out on the real course is not so appealing.”

Club director Chris Lamb said the technology enabled a player to examine their swing, the resultant flight of the ball and thus improve their game.

“We have also included a simulation package that allows the player to simulate playing at many courses around the world - including the US Master’s course at Augusta - and provides the opportunity to arrange fun practise sessions and even competitions.”

Mr Lamb said the club hoped the swing studio would help increase female and junior membership as well as retain existing members. It provided a very useful means of helping new players get used to the game without practising in public which was often seen as a worry for beginners.

The cost of building and equipping the swing studio was boosted by a £9,000 grant from Sport England – the Government-funded body which promotes community sports participation.