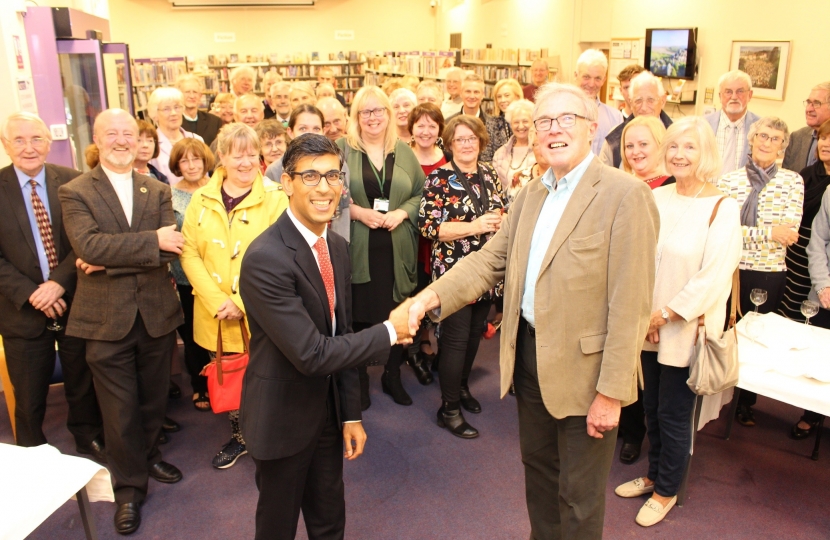 Rishi Sunak has praised the initiative of volunteers who have extended the community library in Great Ayton.

The Richmond MP performed the opening honours at a celebration event held in the Great Ayton Discovery Centre.

The new extension has been used to liberate space for the village’s tourist information centre (TIC) and for the centre’s public-use computers and secondhand bookshop.

Mr Sunak said the centre’s trustees, led by Ken Taylor, had done a tremendous job in finding the money for the work and seeing the project through to successful conclusion.

He said: “The trustees and the volunteers have created a wonderful community asset and, in building the extension, have made it more attractive for villagers and the many tourists who come here. It is now very much the hub of the village.”

The extension of the former school building over an adjacent alleyway has been funded by a LEADER fund grant of £85,000 and the centre’s own resources.

Chair of the centre’s trustees, Ken Taylor, said the additional space provided by the extension has enabled the display of crafts and artworks by local people – which are a source of revenue for the centre – to be greatly improved. There was also more space in the main library and an additional storeroom.

Incorporation of the tourist information centre had benefited both organisations, Mr Taylor said. The TIC’s previous location in the village car park was not easy to find. The Discovery Centre’s central location in the High Street would greatly assist visitors.

Mr Taylor said: “There are so many people to thank, from the architects and builders. Everyone has pulled together.” He paid particular tribute to Ian Pearce for his project management and expertise in securing the grant aid which had made it possible.