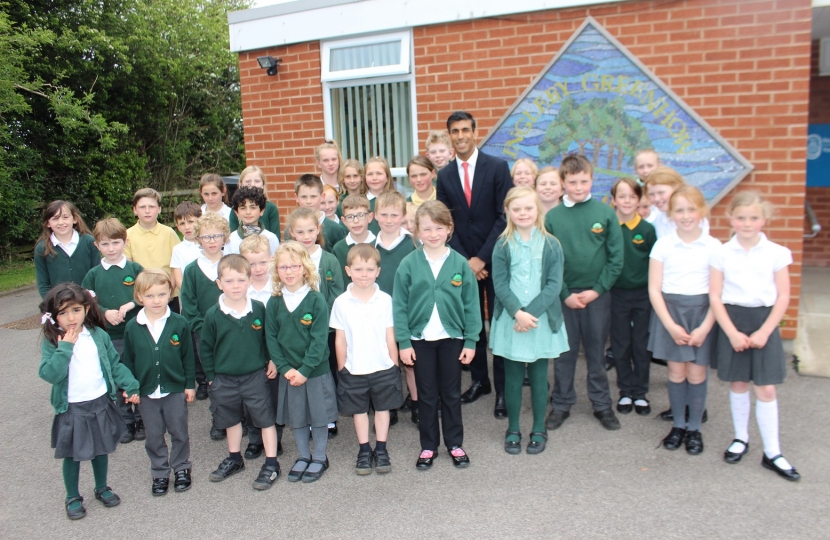 Details of significant increases in schools funding in North Yorkshire have been published by Rishi Sunak.

The Richmond (Yorks) MP has revealed the per-pupil funding increases for every primary and secondary school in his constituency.

Data provided by the Secretary of State for Education, shows that every school in the area will benefit.

Nationally, the budget for schools and high needs pupils will be increased by more than £14 billion over the next three years, rising to £52.2 billion by 2022-23. This is the largest funding boost in a decade.

The extra money, available from April, will ensure that per-pupil funding for all schools can rise at least in line with inflation and will deliver promised gains in full for areas like North Yorkshire which have been historically under-funded.

Mr Sunak said: “This settlement means every school will receive an uplift in their funding. Some of those increases are substantial, addressing a longstanding issue about inequality of funding across the country and which particularly affected rural areas like North Yorkshire.”

Overall, across North Yorkshire the average increase in per pupil funding is 4.71 per cent. Average per-pupil funding for primary schools in the Richmond (Yorks) constituency will be more than £6,000 and for secondaries the average is £5,400

He added: “This levelling-up of funding  will see every school receiving an increase to their per-pupil funding at least in line with inflation while those that have been historically under-funded will see the greatest gains.”

Mr Sunak said the additional investment nationally also includes an increase of £780m next year to support children with special education needs and disabilities (SEND) – an increase of more than 12 per cent compared to 2019-20.

He said the per-pupil funding is the most important factor in determining how much money a school receives under the national funding formula. Other factors include sparsity, deprivation, mobility (large numbers of pupils leaving and joining through the year) and the number of children with special needs. Local authorities also apply a local formula in determining the final allocation.

The increases are detailed in the attached file below