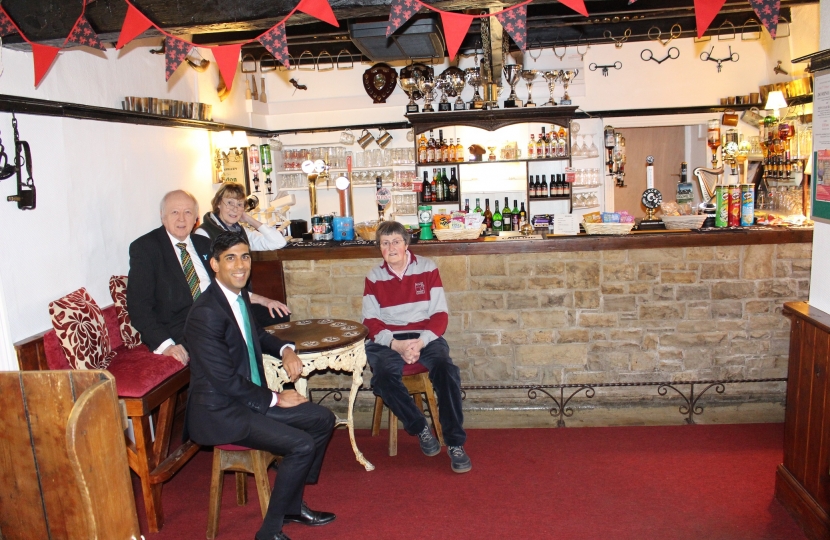 Rishi Sunak is pressing for additional help for victims of last summer’s flash flooding in the Yorkshire Dales.

Six months on from the downpour which flooded 250 homes, 35 farms and at least 40 businesses in the Reeth, Langthwaite, Fremington, Grinton, Bellerby and Leyburn areas, the Richmond MP said he was talking to Cabinet colleagues about sourcing additional financial assistance.

Mr Sunak said he was extremely grateful for the more than £5m of Government cash he secured in the immediate aftermath of the floods – for farmers, bridge and road reconstruction and to reimburse the local council for their immediate recovery costs – but wanted to explore whether further assistance may be available.

He said: “I am grateful for the significant financial assistance already made available. It has and will make an enormous difference to our community.”

Two further sources of assistance are being explored – match funding of money raised locally for victims and grants from the Property Flood Resilience Recovery Support Scheme. Other areas of the UK hit by floods have benefited in the past from the two schemes, which are typically triggered when a threshold for the numbers of properties affected is reached.

The MP said he had written to and had personal meetings with Robert Jenrick, Communities Secretary, and Theresa Villiers, Environment Secretary, to discuss the matter – in particular the framework and threshold used to trigger the additional assistance, and whether it could look at the intensity of a particular flooding incident as well as the number of properties affected.

Yesterday he went to Langthwaite in Arkengarthdale to see Rowena Hutchinson, landlady of the Red Lion pub, who almost lost her life when the flood water poured through her back door, swamping the pub to a depth of almost one-and-half metres on July 30.

The pub re-opened just before Christmas.

He said: “I last saw Rowena a couple of days after the July deluge and she was surrounded by a scene of utter devastation. What she and her sister have done to get this wonderful little pub open and refurbished to such a high standard while retaining all its old character is something to behold. Her fortitude is hugely inspiring.”

Rowena told Mr Sunak that dealing with insurers and loss adjusters had been difficult and while there were still issues outstanding she was delighted to be open again.

“The local community have been quite fantastic in the way they have supported us. We have been very busy and on Christmas Day we were absolutely packed.”

Mr Sunak was joined in offering his congratulations to Rowena and her sister Marguerita Barningham by Cllr Carl Les, leader of North Yorkshire County Council.

He said: “It is great to see the Red Lion open again. Rowena’s efforts bringing it back to life epitomise the spirit of the Dales.

“I stand four-square with Rishi in seeking further assistance and, along with the leader of Richmondshire District Council, the local enterprise partnership and the NFU, I have also written to the relevant ministers”