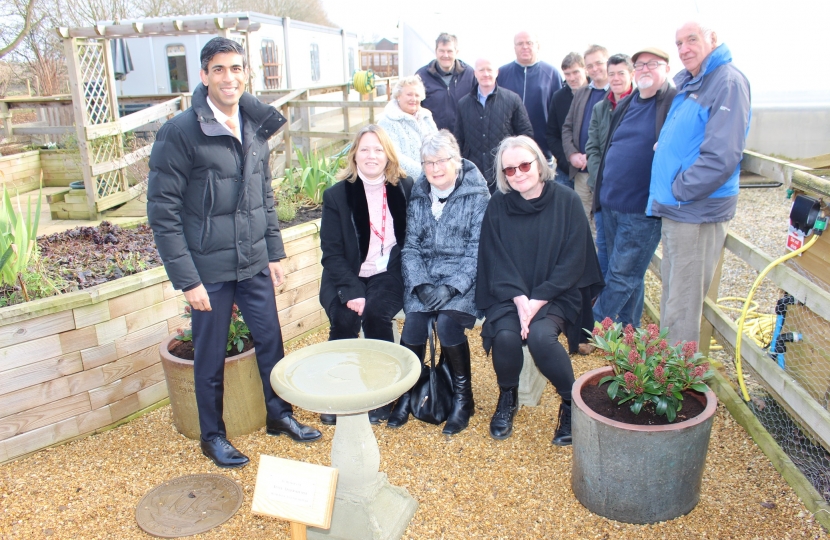 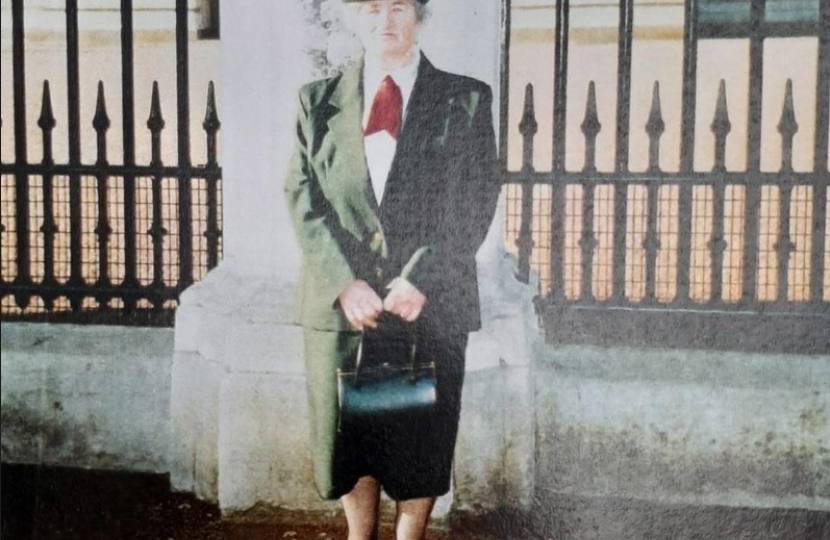 Rishi Sunak MP unveiled a decorative bird bath, bench and planting in the garden of The Skill Mill at Northdale Horticulture in Northallerton – just one of the community projects she was associated with.

June also helped many other charities and organisations around Northallerton as a volunteer driver, respite sitter, helper and trustee at Northallerton and District Voluntary Service Association – now Hambleton Community Action - for more than 30 years.

She also supported mental health charities – like The Skill Mill ­- Northallerton Tourist Information Centre, and the Women’s Royal Voluntary Service of which she was a member for 60 years.

She worked for North Yorkshire County Council as a co-ordinator in the fields of civil defence, social services and playgroups.

Mr Sunak, MP for Richmond (Yorks), said: “Everything I have heard about June illustrates her unwavering commitment to helping others in the community she loved. It is an enormous privilege to help mark her remarkable life by unveiling this memorial in the presence of the friends and colleagues whose many lives she touched so wonderfully.”

The memorial was funded by donations from friends and acquaintances she encountered during her prolific volunteering career.

Simon Cross, service manager at Northdale Horticulture, said June had been chair of The Skill Mill, a project which provides skills-based activities for people suffering from mental health problems.

He said: June was a stalwart supporter of what The Skill Mill offers and she worked alongside just about every voluntary sector organisation local to Northallerton.”