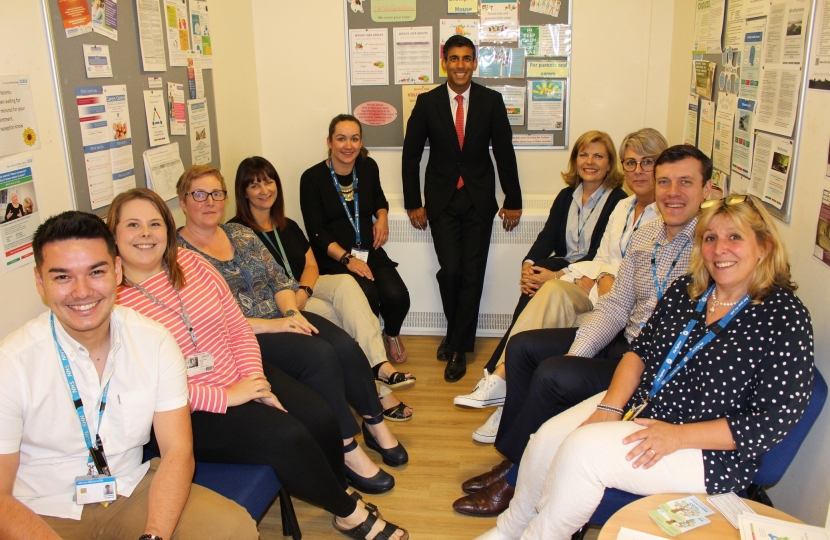 AS the parent of two young girls, the possibility that their happy childhoods might conceivably be blighted by mental health problems is a painful prospect.

However unlikely I might think that is, as a society we are becoming increasingly aware that instances of children suffering varying degrees of mental illness are growing.

It has been suggested by the Mental Health Foundation charity that as many as one in ten children may suffer some form of anxiety, depression or behavioural problems.

This growing incidence of mental health issues among young people was a key issue I discussed with the excellent team we have running the child and adolescent mental health service covering Hambleton and Richmondshire.

During my recent visit to the team, based at Brompton House, Northallerton, they said the causes were many but interestingly the influence of social media was one factor which was specifically mentioned.

They also stressed to me the importance of early intervention. They were aware of many cases where an undetected and untreated problem faced by a child or young person became much more difficult to tackle with the passage of time.

So I was pleased to note that Government proposals published in the summer specifically addressed these points.

At the end of last year the Government produced a green paper (that’s a set of proposals with an invitation for people to comment on them) which set out a plan to help tackle childhood mental health issues.

Backed with £300m of public money, the green paper contained a number of proposals which were subsequently revised and improved following the consultation.

Among the changes were a commitment to work with the Children’s Commissioner to explore how social media affects the health of children and young people.

Also, the Government’s Chief Medical Officer will produce a report on the impact that technology has on children and young people’s mental health.

Specifically, every school and college will have a designated and trained staff lead in mental health who will be responsible for the school’s approach to mental health.

This staff member will help staff to spot pupils who show signs of mental health problems, offer advice to staff about mental health and refer children to specialist services (like the team at Brompton House) if they need to.

This approach should reduce the pressure on the Brompton House team who do an amazing job. They support children and young people with some very challenging conditions (self-harming and eating disorders among them) and deserve the greatest of respect and admiration.

I am pleased to say that the number of organisations attending my Older Persons’ Fair in the Golden Lion, Northallerton, on Wednesday, September 26, continues to grow. This week the Abbeyfield assisted living housing charity, North Yorkshire Council’s library service and trading standards team, and Hambleton Community Action will be joining me at the event.

That brings to 30 the number of groups at the fair that will be offering advice, information and support to older people to help them live well in later life. Don’t forget it is held between 10am and 1pm, entry is absolutely free and refreshments will be served.