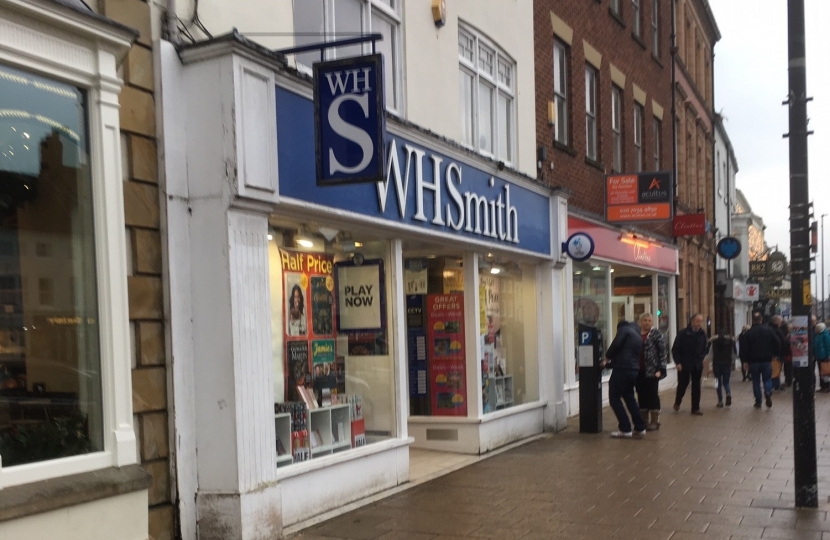 The store planning to host the Post Office in Northallerton has given assurances about access to the re-located branch.

In response to a letter from Rishi Sunak MP, WH Smith has pledged to redesign its High Street premises to ensure easy access to the Post Office counters.

The Richmond MP had written to the company following the Post Office’s decision to move from its current premises at 156 High Street to the more centrally-located WH Smith branch at 190 High Street.

In his letter he said the WH Smith store would need remodelling to ensure the elderly and disabled could get to the counters. He has described the current layout as cluttered and cramped.

But a director of WH Smith, Mark Sabin, has responded to the MP promising a major re-design of the store.

He writes: “Should the Post Office proceed with this plan, a significant amount of physical changes will be made to the store. This will involve taking out a large area of fixtures and product displays.”

He added there would be several other changes to the layout of the store “to ensure that there is appropriate ease of access and egress for customers using the new Post Office Counters” and further measures to maintain “appropriate clear access routes through to the service counters.”

The company’s assurances were welcomed by Mr Sunak. He said: “We are all aware of the current limitations of the WH Smith branch so I am very grateful for these pledges.”

Under the Post Office’s plan, the relocated store would be open on Saturday afternoons, Sundays and for an extra half hour on Tuesday morning – times when the current Post Office is closed.

The Richmond MP had pressed the Post Office urging it to extend opening hours should the relocation proposal proceed.

Post Office Ltd has announced that a consultation on the detail of the relocation proposal will close on March 6 with a view to the change being implemented in June this year.

Mr Sunak urged constituents to take part in the consultation making their views known about the Importance of good access arrangements. Comments may be made via an online portal at www.postofficeviews.co.uk/national-consultation-team/northallerton/ or in writing to “FREEPOST Your Comments”.