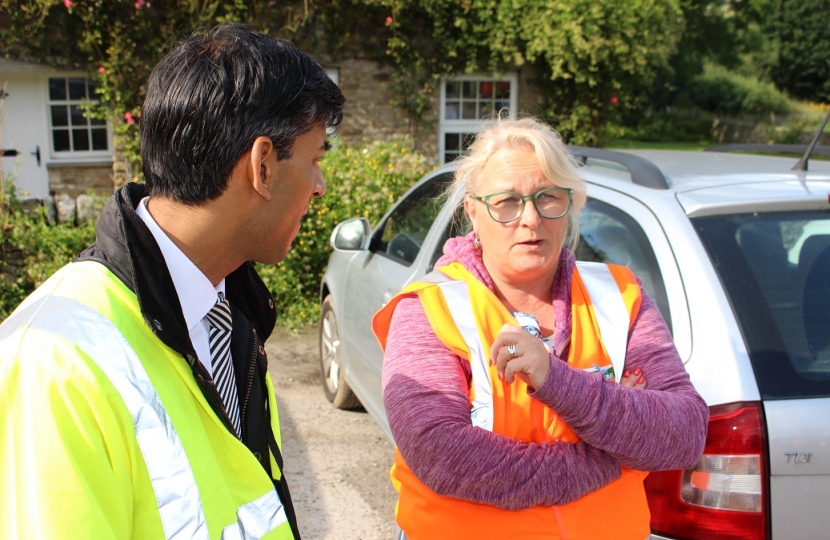 A COUNCIL hit by the cost of dealing with the flash flooding which devastated parts of the Yorkshire Dales in the summer is to be reimbursed by the Government.

The announcement that Richmondshire District Council is to have its claim for funding met in full was welcomed by Richmond (Yorks) MP Rishi Sunak.

The Government’s Bellwin emergency financial assistance scheme was activated in August following the MP’s intervention on behalf of the council.

The MP argued that although the affected area of Swaledale, Arkengarthdale and Wensleydale was small geographically, the impact on residents, businesses and farmers was so great that the Bellwin scheme should be set up for the emergency.

The council had claimed £180,762 for the costs it had incurred in dealing with the aftermath of the flooding at the end of July. These costs included contractors to clear Arkle and Grinton becks, remove contaminated silt, skip hire, sand bags, cleaning equipment and for food and water for the emergency hub set up in Reeth.

The news about the successful claim was revealed in a letter to Mr Sunak from Luke Hall, the Minister for Local Government.

Mr Sunak said: “I am very pleased that the Ministry has looked on the council’s claim so positively and sympathetically.

“There was a fundamental difference between July’s emergency in the Dales and the circumstances where the Bellwin scheme has been activated in the past – such as the county-wide flooding in Cumbria in 2015.

“My job was to ensure that my colleagues in Government didn’t see this as a small, very localised emergency.

“I am grateful to them and the team at the Local Government department for giving every assistance to Richmondshire District Council to ensure its claim met the eligibility criteria.”

Councillor Angie Dale, Leader of Richmondshire District Council said: “We are delighted that our claim to the Bellwin scheme has been met in full – and are grateful of the help Rishi gave in achieving this.   Our past experience of the scheme has not been good but central government has clearly recognised the devastation caused by the July floods – on local people and businesses, and therefore the local economy.