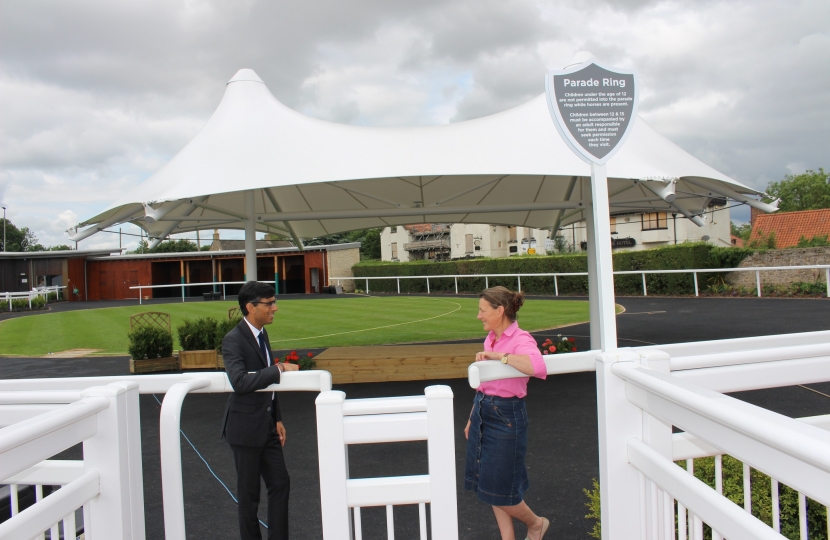 A North Yorkshire racecourse famed for its traditional character is about to start on the final phase of a multi-million pound investment programme to update its facilities.

Catterick Racecourse is spending a total of £3.5m to improve the Catterick experience for racegoers, jockeys, trainers, stable staff and owners.

These include a recently completed extended weighing room complex, complete with a new warm-up area, state-of-the-art facilities for jockeys and space to relax between races.

There’s also an enlarged and handsome parade ring to give racegoers an improved view of the runners when making their selections ahead of each race, and it includes a new winner's enclosure.

The first stage of the works, which opened last December, featured an imposing new main entrance, offices and saddling boxes, as well as a new horse box park.

The last phase of the work on which a start will be made shortly is a new two-storey trackside owners and trainers’ facility, which is due to be ready in the early part of the 2020 flat season.

Mr Sunak welcomed the improvements to the course, which is Yorkshire’s busiest with 25 flat and National Hunt meetings over the year.

He said: “This investment in our local racecourse is a great vote of confidence in the course by the owners and the local area.

“The improvements so far are very impressive and I look forward seeing the completion of the works which will see Catterick remain the ‘Course with Character’ but also offer the facilities modern racegoers and the industry expect.”

The work has been designed by Richmond-based architects Hale Irwin Associates.

Mrs Needham said: “The improvements will greatly enhance the race day experience for both racing professionals and racegoers alike.”