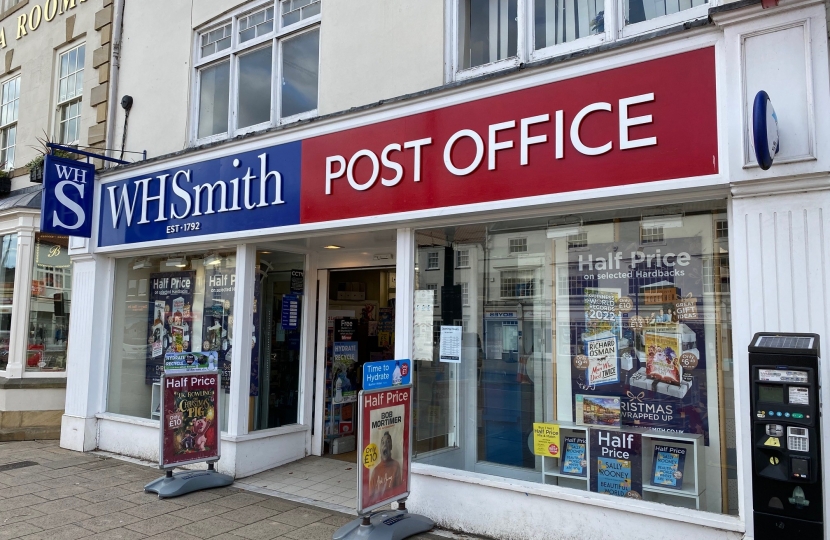 Rishi has welcomed the resumption of regular opening hours at Northallerton Post Office.

It follows a period where the hours were restricted or the branch didn’t open at all because of staff shortages caused by Covid-19.

Rishi called on the Post Office and the chief executive of WH Smith for rapid improvement.

He welcomed the return of regular operating hours and weekend opening. He said: “Both the Post Office and WH Smith have apologised for what has happened in recent months and, even after taking into account the difficulties caused by Covid 19, agree that the service was not acceptable. They now understand the frustration and anger of my constituents.

He added: “Communication about the short-notice changes to the branch’s opening hours was poor and I am pleased to say that has also been addressed.”

In correspondence with Rishi, Carl Cowling, the chief executive of WH Smith said recruitment for new positions had been stepped up and staff had temporarily been moved from other branches in the region to restore the service.

Rishi said he would continue to monitor the situation.

Problems at the branch surfaced at the end of August when a number of staff were required to self-isolate because of Covid 19. Hours were reduced and in October the branch was closed for an entire day at short notice.

Rishi’s constituents had expressed their anger at the unpredictability of the service.

He said: "I said Northallerton deserved to be treated better by the Post Office and WH Smith and I very much welcome our MP's involvement in contacting the two organisations directly.

We have seen a dramatic improvement in recent weeks. Along with other local community representatives, I'll be keeping a close eye on the Post Office operation going forward."