Why Changing Places are so important 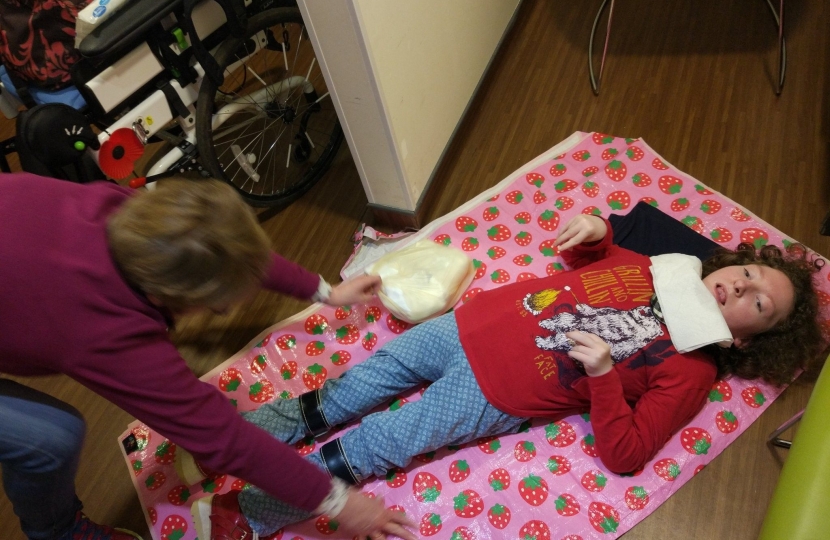 Dales School parents explain what the Changing Places campaign is about in this video and one - Andrew Newton - talks about life with his daughter Aniela.

“Aniela was born in 2007 and from birth it was known that she had suffered brain damage.

“The first few years, although difficult in many ways, we were not restricted when we went out as she was still small and could easily fit and be lifted on to baby change tables.

“Because of the severe trauma to Aniela’s brain she was never going to sit-up, walk or do anything a “normal” child would and the world started to close in when she became too big to be changed on the baby change tables.

“We realised then that there was a massive lack in provision to enable children and adults like Aniela the dignity of going out and being changed without suffering the indignity of having to be laid on the floor or be changed in the back of the van.

“As a family we started to raise the issue with various businesses and organisations, to a point of raising the funds for a portable Changing Place system that is currently used by many groups around North Yorkshire to provide a dignified facility.

“With the Dales School we contacted both Rishi Sunak and Kevin Hollinrake as they were the MPs whose constituents were at the Dales School. We asked them to take up the issue about the lack of provision of Changing Places in the UK, also the lack of regulations in Part M of the Building Code, meaning that no-one was obliged to build one and those who did had no clear guidance.

“Rishi took the lead on this and with close engagement with myself, other parents and the Dales School co-ordinated meetings and gathered further case studies around the issues regarding Changing Places.

“I would like to thank Rishi and his team for progressing the campaign to this stage and also the Head of the Dales School, Ann-Marie Ellis, who has supported and helped parents get their voice heard.”