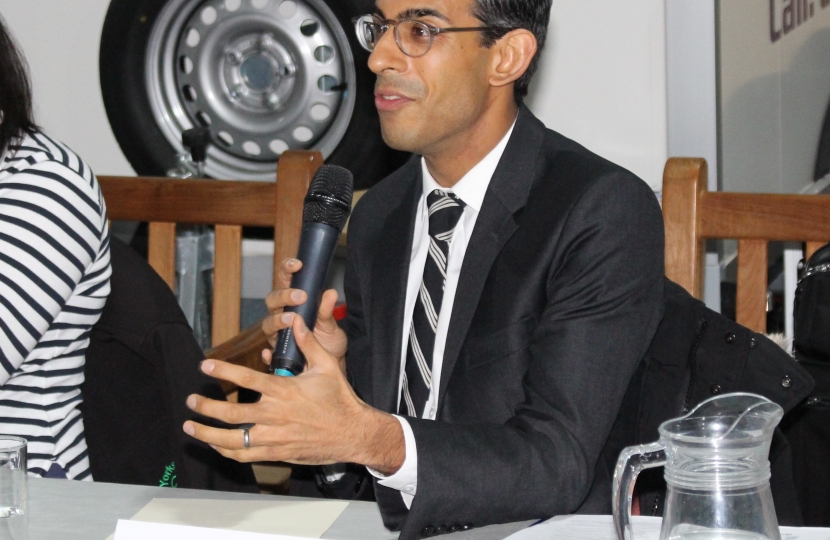 Young people wanting to buy homes in the countryside have to make their voices heard, Rishi Sunak has said.

The debate about building the homes needed to sustain rural communities was being dominated by those who didn’t want them built near them.

The MP for Richmond said when proposals were put forward for new homes in rural areas opposition groups were often quick to mobilise. The needs of young people to find affordable homes in the area where they were born and brought up was often “drowned out”.

“We need to find sites. Housebuilders want to build, councils want to build and the Government is encouraging them to do so. The problem is finding places to do so where the local people already living there say, yes, build more homes near mine.”

“The reality is that as soon as a proposal comes forward the local councillors’ inbox is flooded with objections, a residents’ group forms and the message is ‘Don’t build here, don’t develop here’.”

He said: “What I would urge all of you who don’t own your own homes to do is when developments come forward in your area is to make the case, to make sure your views are known. Go to the planning committee, be an active voice, say that this where you would like to live, where you want to build your life in your community.”

Building in sensitive landscapes like the two national parks in his constituency would always be more challenging, Mr Sunak added.

“We have to protect the landscape, we have to protect our environmental heritage but the parks also have to be living, breathing communities and they can only be that if there are places for people to live. Ultimately, the only solution to the affordable housing challenge in rural areas is to increase the supply, to build more homes.”

“The last thing I want to hear from young people with skills and enterprise is that I can’t live here, homes are too expensive and I’m going to have to leave the place where I grew up and the place I love to live somewhere else.”

The Government was assisting young buyers with a host of measures including the Help To Buy deposit scheme and stamp duty relief on cheaper homes.

And its Community Housing Fund was directing millions of pounds to local authorities affected by high numbers of second homes – like Richmondshire and, to a lesser extent, Hambleton.

He spoke of the community housing recently completed in Hudswell, near Richmond, as an example of the small-scale schemes that were now coming forward which were being assisted by the Government fund.

The YFC forum was held at Thirsk Auction Mart. Adam Bedford, North-East regional director of the NFU, and Lynsey Martin, chair of the National Federation of Young Farmers’ Clubs, were among the panellists.